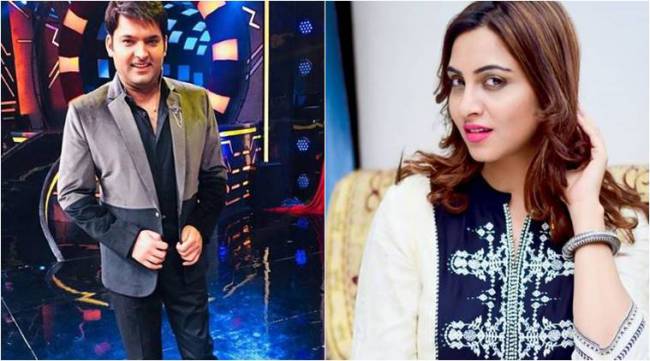 Bigg Boss 11 fame Arshi Khan has lent her support to Kapil Sharma post his recent controversy. The ex-contestant said she would love to work with the comedian-turned-actor.

Bigg Boss Season 11 contestant Arshi Khan feels that media should leave some space for celebrities when it comes to their personal or professional life. Arshi, who was present at the launch of author Sonalli Gupta’s book titled “Of Love.. Life And Everything In Between” along with Rohit Verma and Archana Kochhar on Friday in Mumbai, gave her opinion on the recent Kapil Sharmacontroversy.

Asked about her take on comedian Kapil Sharma’s incident where he was seen hurling abuses on a veteran journalist via Twitter and phone conversation blaming him for maligning his professional image, Arshi said: “It was Kapil Sharma’s mistake for whatever he has done but I think media should also understand that an individual is involved in so many things in his life. He must have been going through some family or professional issues so media should also give that kind of space to celebrities when it comes to their personal or professional life.”

So, is Arshi willing to work with Kapil Sharma if she gets an opportunity?

“Definitely… who doesn’t want to work with Kapil? He is not only popular in India but he is famous internationally as well. He is such a huge comedian so yes, if I get an opportunity to work with him then surely, I will work.”

Recently, Kapil’s followers were in for a shock when his Twitter rant against a certain section of media began. Kapil allegedly accused them of posting negative and fake news about him. He also hinted that someone had paid a journalist to spread false rumours against him. Taking the allegations a step ahead, Kapil filed a case against his ex-manager and creative directors Preeti and Neeti Simoes, and a veteran journalist for maligning his reputation.

The comedian deleted all the tweets soon, however, after a while, Kapil admitted that he stands by what he has expressed on Twitter and it was his team who decided to remove all the tweets that hurled abuses against certain people.

Post the controversy, many celebrities came out against and in support of the actor.