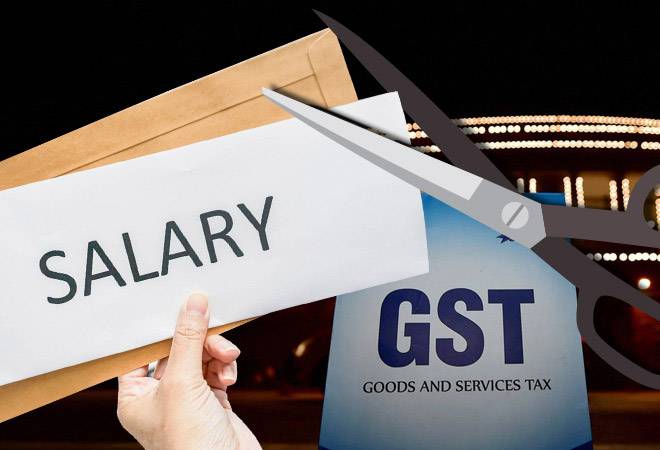 To minimize the impact of the Goods and Services Tax Bill (GST), companies may change the salary restructure plan, claimed an Economic Times report. The report stated that India Inc might restructure compensation packages or human resource benefits of their employees to ensure they don’t face taxing times under the GST.

The report further said that employees that are receiving reimbursements on home rentals, telephone charges beyond a certain limit, medical premiums for extra coverage, health check-ups, transportation among other benefits could face the GST heat.

The report quoted the tax experts saying that the companies are already taking the analysts advices’ seriously to examine the reimbursements and benefits closely. The latest development came after the Authority of Advance Ruling (AAR) in Kerala has ruled that the GST will be levied on recovery of food expenses from employees for canteen services provided by the employer.

However, the decision was case specific but many believe that it could be a hint what future holds for firms in coming days.

Meanwhile, nine months after the GST was launched in the country, most businesses are still struggling to understand the new indirect tax regime, a survey conducted by the online wholesale marketplace Wydr has revealed.

According to the survey, 57% of the respondents representing manufacturers, wholesalers and retailers said they are yet to fully understand the working of GST, while nearly 19% (one in five) said they still do not understand GST at all. A total of 130 businesses across India were surveyed on how the GST regime has impacted their business.

“The scale of implementation for the GST is unprecedented anywhere in the world, which naturally leads to some challenges and teething troubles in the first few months. The survey’s results demonstrate that even though significant progress has been made in GST rollout, the administration needs to enhance its focus on educating small and medium business owners across India,” said Devesh Rai, founder and CEO, Wydr.

Wydr is a B2B app-based marketplace for retailers and wholesalers to buy directly from distributors and manufacturers.

As per Wydr’s survey, over 53% of the respondents admitted to having experienced a decline in their sales and revenues post the introduction of GST, while only 25% said the impact on sales was positive.