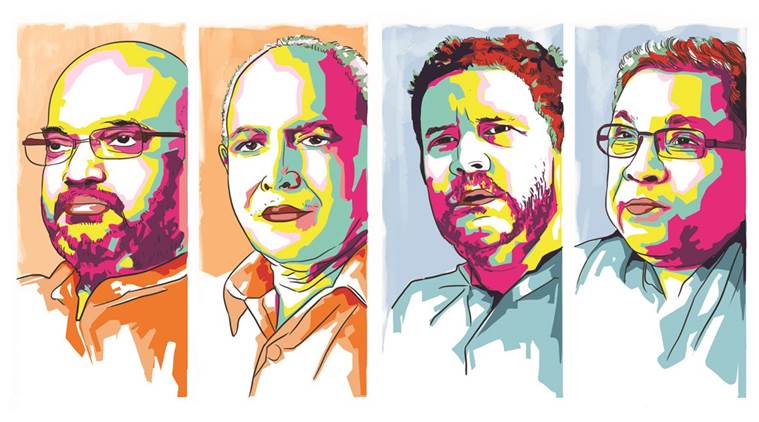 Karnataka Election Opinion Poll 2018 highlights: Who will win Karnataka? The answer to this question would be finally known on May 15. However, opinion polls suggesting the way votes may swing have started to come.

Karnataka Election Opinion Poll 2018 Highlights: Who will win Karnataka? The answer to this question would be finally known on May 15. However, opinion polls suggesting the way votes may swing have started to come. On Monday, ABP News- Lokniti CSDS  declared its opinion poll for the Karnataka Assembly elections 2018. The survey predicts BJP is likely to emerge as the single largest party and will be in a strong position to form the government. The Congress may finish second, while the JD(S) will likely play the role of the kingmaker.

Earlier, an opinion poll by another agency had predicted a hung Assembly in Karnataka. Karnataka will go to polls on May 12 while the counting will be done on May 15. The main party in the contention as BJP, Congress, and JD(S). The triangular contest is becoming increasingly interesting even as all three parties contend they will win.

Hung Assembly with BJP in lead position! ABP News Survey says the BJP is likely to get the most number of votes but 2% fewer votes as compared to the Congress. The JD(S) continues to a likely kingmaker. The survey says Siddaramaiah is the top choice for CM post, Yeddyurappa is second.

Neck and Neck! As per the Times-Now VMR Survey, the BJP is likely to win 89 seats out of 224. The Congress may win 91 seats while the JD(S)-BSP alliance may win 40 seats and others four. In case of a hung assembly, both BJP and Congress will hope for securing an alliance with the JD(S).

This agency has predicted a bigger win for the Congress in 2018 as compared to the 2013 polls. Reports, however, say the survey was commissioned by the Congress party itself. The C-Fore Survey said the Congress may with 126 seats with 46% vote-share, BJP may have to contend with just 70 seats and 31% vote share while the JD(S) will likely finish third with just 27 seats and 16% of vote-share.

TV9-C Voter Survey had predicted in January this year that the JD(S) will likely play the role of a kingmaker with 25 seats, while the Congress will be the largest party with 102 seats. The BJP may win in 96 constituencies.

The Congress currently has 122 seats against BJP’s 40. The JD(S) has 40 seats in the current Assembly.