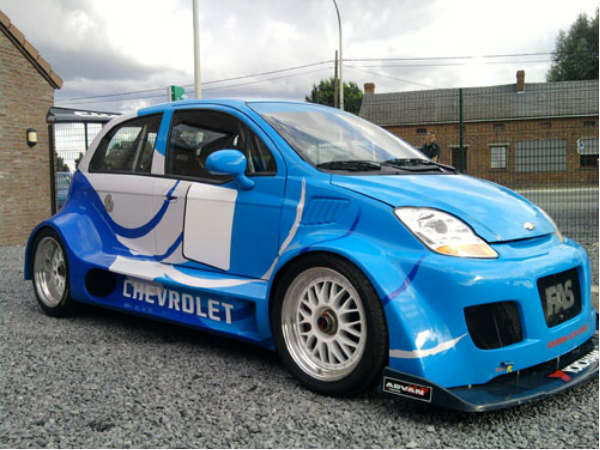 NEW DELHI: As part of a Rs 9,400-crore package for electric and hybrid vehicles, the government may offer incentives of up to Rs 2.5 lakh to those scrapping old petrol- or diesel-fired vehicles along with sops for investment to manufacture parts such as motors in the country.

Buyers of electric two-wheelers that cost up to Rs 1.5 lakh will receive incentives of around Rs 30,000, a draft policy formulated by the government has proposed.

There are more incentives for cab aggregators and bus fleet owners to go green. Buyers of electric cars, which will operate as taxis, are expected to get sops of Rs 1.5 to 2.5 lakh for vehicles that cost up to Rs 15 lakh. 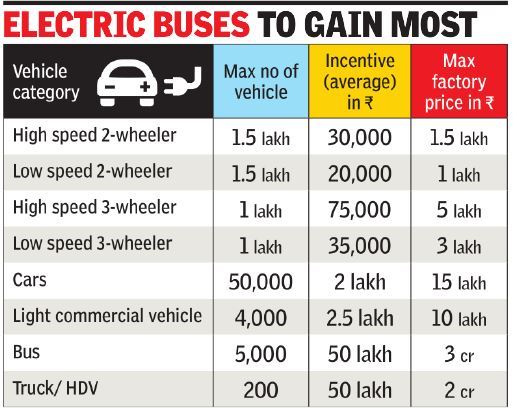 The same sops will be available to individuals buying electric cars provided theyscrap their pre-BS III vehicles + and get a certificate from the approved scrapping centre, sources told TOI.

While the sops for passenger vehicles and two-wheelers are expected to cost around Rs 1,500 crore over the next five years, around Rs 1,000 crore spending is planned to set up charging stations across the country.

According to the proposal circulated by the department of heavy industries (DHI), at least one charging point is planned every 9 sq km in all metros, million-plus cities and identified smart cities while a charging station on both sides of the highway is planned every 25 km along the Delhi-Jaipur, Delhi-Chandigarh, Chennai-Bengaluru and Mumbai-Pune stretches.

One of the major focus areas of phase-II of Faster Adoption and Manufacturing of (Hybrid & Electric) Vehicles (FAME) will be on public and intermediary transport, which include taxis and three-wheelers. The plan awaiting the government approval is expected to come as a major setback to the automobile industry, which wanted sops for all types of electric vehicles. The industry is working out its strategy based on the assumption that the government will offer incentives to make electric vehiclesmore attractive.

A section in the government, however, is of the view that the entire incentive scheme, covering around five lakh vehicles, is only 0.5% of the country’s current annual vehicle production. “If the target is to reduce emission of greenhouse gases, should we not focus on improving public transport by deploying more buses running on cleaner fuel?” asked an official.

For the same amount (Rs 5,800 crore), at least 50 lakh buses can be run across the country, on the lines of orange buses in Delhi, on ‘operation-expenditure model’, sources said.For manufacturers of electric vehicle components such as motor, drive, power train and controller, the government has proposed to provide special capital investment subsidy up to 25 per cent.