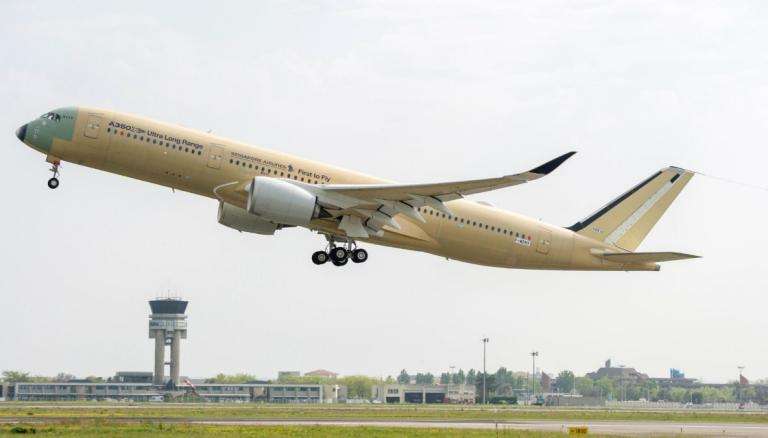 Share
Tweet
Share
Share
Email
Comments
The aircraft that could potentially change long-haul travel forever took off for the first time from the Airbus factory in Toulouse.The Ultra Long Range A350 XWV is the latest edition to the A350 family.Its capabilities will spark sibling rivalry; this aircraft can fly further than any other aircraft ever built.

Singapore Airlines have so-far ordered seven of them; some will be used on what will become the world’s longest flight, non-stop from Singapore to New York.

Advanced fuel tanks mean the A350 ULR can take off with an extra 24,000 litres of fuel without the need for additional tanks.

The A350 XWB is fast becoming the jewel in Airbus’ crown. It features beyond state-of-the-art aerodynamic design, a carbon fibre fuselage and wings. It will operate using two newly designed Rolls Royce engines.

Airbus is working with airlines and suppliers to create the best cabin interior for passengers on board, however it’s unlikely at this stage the aircraft will feature the recently announced ‘bunk bed class’ in the cargo hold, but if the pressure from airlines such as Qantas increases, that could easily change.