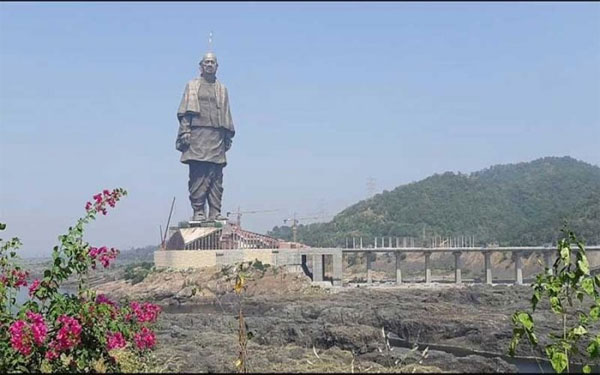 1.  Any Person Can ask for Water From Any Hotel:

Under the Indian Sarais Act of 1867, any person can ask for water, free of charge might I add, from any hotel at any time for them and their pets. The individual can also use the washroom for free and no one should stop them.

2.  A woman can file an FIR at any police station Irrespective of The Place of Crime:

In 2013, Delhi Police announced that a woman can file an FIR at any police station regardless of the jurisdiction, and the police has to accept it exactly as she describes. It also says that investigation needs to be taken as per the statement of the woman.

3.  police officer who refuses to lodge a complaint will be Eligible for 6-24 Month Jail:

In 2007 a Supreme Court ruling suggested that any police officer who refuses to lodge a complaint will be suspended and even face jail term for 6 Month to 2 Years.

It is Mandatory for Police Officers to Wear Visible and Legible Identification While Questioning & Arresting Someone.

5.  A Married Man Who Commits Adultery With Unmarried Women Cannot be Charged:

Under Section 498 of Indian Adultery Penal Code a married man who commits adultery with an unmarried woman or widow upon the latter’s consent, can’t be charged for the offence.

6.  In Case of Rape a Women is Entitled to Receive Free Legal Aid:

According to Article 38(1) and Article 21 of IPC, every woman is entitled to receive free legal aid in order to promote their welfare. A woman is often held wrong or humiliated when she goes to the police station to file a complaint, which is why she should always be accompanied by a lawyer.

7.  Only women police constable can arrest to women:

According to Code of Criminal Procedure, 1973 Male constable doesn’t have the right to arrest women. Women have the right to deny going to police stations after the 6 P.M. and before the 6 A.M. In the case of a serious crime only after receipt of the written order from the magistrate a male policeman can arrest a woman.

8.  Kissing or Hugging in Public is Not a Criminal Offence:

Section 294 of Indian Penal Code says Kissing & Hugging in public Place is a criminal offence, but nothing specifically talks about kissing or hugging in public.

Hindu Succession (Amendment) Act, 2005 allows both males and females to equal inheritance of their father’s property.

10.  Pregnant Employees Cannot be Fired from Their Jobs:

Maternity Benefit Act 1961 states that no woman can be sacked from her employment regardless of any reason.

11.  A Women Cannot be Called into Court for Questioning:

A Women Cannot be Called into Court for Questioning Instead She Can be Interrogated at Home Itself.  Section 160 of the Criminal Procedure Code states that women can be questioned in the presence of women constables at their home itself.

12.  A Rape Survivor can Approach a Doctor Without Filing FIR:

According to Indian Code of Criminal Procedure, a doctor has to attend a rape victim if she approaches herself for a medical examination.

13.  Only women officers can search and arrest women:

The Criminal Code of Procedure, Section 51 states that only women officers can search and arrest women who have offended, under strict decency and privacy between 6 am and 6 pm.

In 2011, the Ministry of Women and Child Development ruled out against single man adopting a girl child in order to keep adoption clean and safer.

16.  A couple Cannot File for Divorce Without Completing at least a year of marriage:

Under Section 14 of the Hindu Marriage Act 1955, a couple cannot register a petition for divorce within a year of marriage. However, if the High Court feels that the petitioner is experiencing immense problems then the former can permit the latter to file for divorce.

17.  A Women Cannot be Charged with Committing Adultery:

In 2011, the Supreme Court ruled that according to Section 497 of the IPC, a woman cannot be proceeded for her involvement in an adulterous relationship. In fact, the section says that she can’t even be charged for being an instigator of the adultery.

19.  Gas cylinder blasts during the cooking then the gas agency is liable to pay Rs. 50 lakh:

As per the Citizen Charter (Indian Oil Corporation website) There are very few people who know that if their gas cylinder blasts during the cooking of food then the gas agency is liable to pay Rs. 50 lakh to the victim as a compensation. To claim this compensation consumer need to logde an FIR to the nearest police station and submit it to the concerned gas agency.

20.   Tax collection officer has the power to arrest you:

As per Income Tax Act, 1961, In the case of tax violations, the tax collection officer has the power to arrest you but before arresting you, he/she will have to send a notice to you. Only Tax Commissioner decides that how long you will stay in the custody.

21.  Traffic police officer snatches the key from the car or motorcycle, it is illegal:

As per the Section 129 of the Indian Motor Vehicle Act, wearing the helmet is must for two wheeler riders. Section 128 of this Motor Vehicle Act limits maximum two riders on the bikes. This law also says that if the traffic police officer snatches the key from the car or motorcycle, it is illegal. You have the full right to launch a Legal proceeding against the officer.