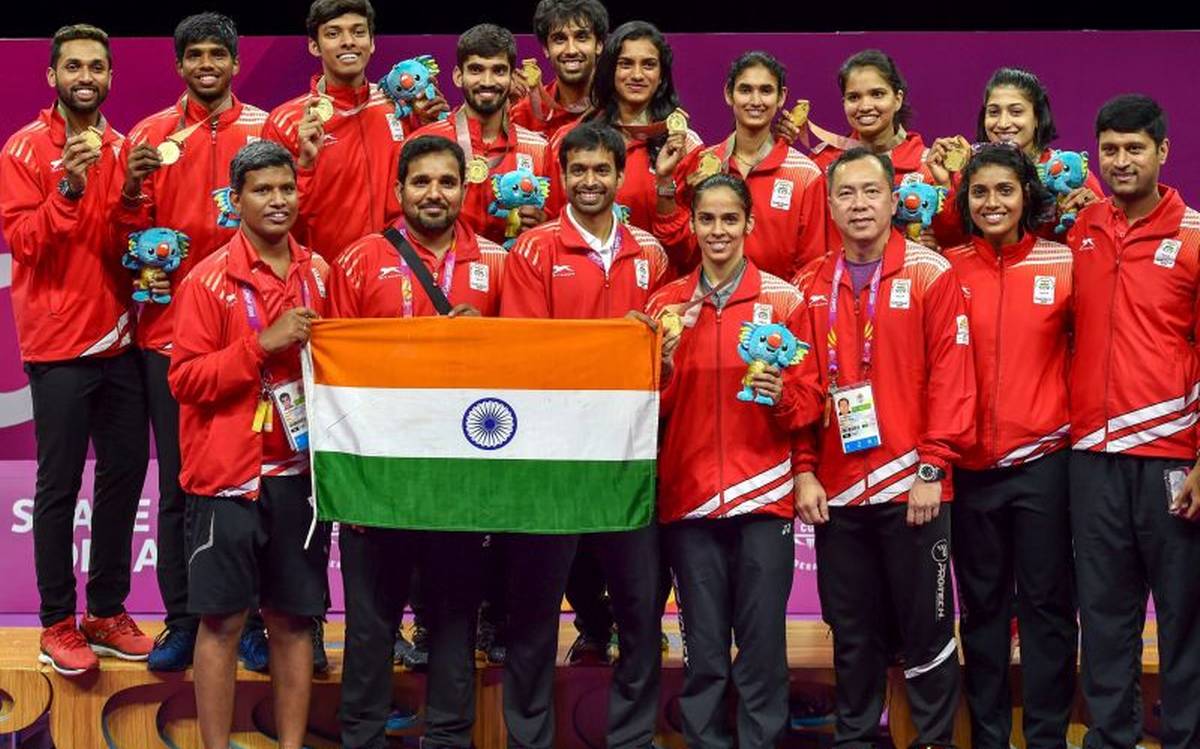 The star badminton trio of Saina Nehwal, PV Sindhu and Kidambi Srikanth were the centre of attraction as the paddlers continued to snatch medals as the Indian contingent ended its campaign at the 21st Commonwealth Games (CWG) on a high on Sunday.

India bagged a total of seven medals on the final day. India finished the Games with 26 gold, 20 silver and 20 bronze medals. This year’s total of 66 medals is the third highest haul for India in the history of the CWG.

In the medal table, India is only behind Australia (198 medals) and England (166 medals).

Saina and Sindhu were involved in an intense, high tempo women’s singles final. Saina, 28, displayed superb form to clinch a 21-18, 23-21 victory for the second CWG singles title of her career. Her maiden CWG singles gold came at the 2010 Games in New Delhi.

For Sindhu, this was the second CWG singles medal of her career, the first being bronze at Glasgow 2014.

Srikanth was involved in an equally entertaining men’s singles final against Malaysian legend Lee Chong Wei. Although Srikanth dominated the opening game, Lee showed his true class later to register a 19-21, 21-14, 21-14 victory for the fifth CWG title of a glittering career.

The last two games were totally one-sided as the veteran Malaysian star handed out a masterclass in placement and deception. Srikanth was virtually reduced to a spectator as Lee piled on the points.

The men’s doubles team of Satwik Rankireddy and Chirag Shetty also settled for the silver medal after going down 13-21, 16-21 to England’s Marcus Ellis and Chris Langridge.

This was Joshna’s first and Dipika’s second medal at Gold Coast after taking silver in the mixed doubles with Saurav Ghosal. “Might have fallen short on both my finals but what a magical week it’s been for me. Thank you to both my partners for holding me together through these 2 weeks. #cwg2018,” Dipika wrote on Twitter.

Meanwhile, Manika Batra grabbed her fourth medal at this year’s CWG. She bagged bronze in the mixed doubles table tennis competition in the company of Sathiyan Gnanasekaran.

Manika and Sathiyan defeated veteran compatriots Sharath and Mouma Das 11-6, 11-2, 11-4 in the play-off for the third position at the Oxenford Studios. India pocketed a total of eight medals in table tennis.

Below is the list of all 66 medals that Indian athletes clinched at Commonwealth Games 2018 in Gold Coast.