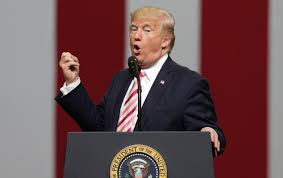 Washington: Treasury Secretary Steve Mnuchin has warned the US would levy more sanctions on the troubled Turkish economy if Ankara does not soon release a jailed American pastor.

Deepening a spat that has rattled financial markets and threatened to split a long-standing defense and political alliance, Mnuchin on Thursday suggested the next spiral of tit-for-tat sanctions was coming soon.

“We have put sanctions on several of their cabinet members,” Mnuchin told President Donald Trump in a cabinet meeting attended by the press, including AFP.

“We have more that we are planning to do if they don’t release him quickly.” Trump prefaced Mnuchin’s remarks by saying that Turkey had not been a very good friend to America.

Referring to imprisoned pastor Andrew Brunson, Trump said “they have a great Christian pastor there, he’s a very innocent man.” The threat comes as Turkey sought to reassure investors rattled by the sanctions-fueled crash of the Turkish lira, insisting the country would emerge stronger.

Finance Minister Berat Albayrak, the son-in-law of President Recep Tayyip Erdogan, addressed hundreds of foreign investors from the US, Europe and Asia via a conference call in a bid to soothe the markets.

The lira has clawed back some ground over the last two days — after losing almost a quarter of its value on Friday and Monday — but economists are warning that Turkey must urgently address its economic imbalances to avoid more troubles ahead.

“Turkey will emerge stronger from these (currency) fluctuations,” Albayrak was quoted by state-run TRT television as saying during the conference call.

Albayrak rejected seeking a bailout from the International Monetary Fund (IMF), an option never seen as likely given that Erdogan often boasts of paying off Turkey’s past IMF debts in May 2013.

The lira, which earlier this week traded at well over seven to the dollar, held onto its gains during Albayrak’s discussion, trading at 5.7 against the greenback.

“We will turn this crisis into an opportunity,” said Erdogan’s spokesman Ibrahim Kalin after a cabinet meeting chaired by the president, saying measures taken so far had helped bring about a “rapid improvement process” over the last two days.

But Albayrak, who was appointed last month in a largely unexpected move, will have a tough time restoring order to an economy plagued by high inflation and a current account imbalance.

The lira’s months-long slide has accelerated as a result of the diplomatic standoff with Washington over Brunson’s detention. A Trump tweet today announcing a doubling of aluminum and steel tariffs for Turkey triggered the rout in the currency markets.

The lira’s drop in value is certain to further fuel inflation, which is already near 16 percent.

Albayrak said there would be no concessions on fiscal discipline, adding: “We are targeting lowering inflation into the single digits as soon as possible.” However, analysts are calling for a sharp hike in interest rates – which Erdogan adamantly opposes because it will put a brake on economic growth.

In an intensifying cycle of tensions with the US, Erdogan has called for a boycott of US electronic goods such as iPhones and Ankara has sharply hiked tariffs on some US products.He has also warned Ankara could start looking for new allies, as well as new markets.

Qatar, backed by Erdogan during the Saudi-led embargoes on the emirate in 2017, on Wednesday pledged to channel $15 billion direct investment into Turkey, a sign of burgeoning ties between the two countries.

Analysts say Turkey is also likely to seek a more dynamic economic relationship with China and Russia, with whom ties have warmed considerably in recent years.

Turkey has also in recent days shown an interest in repairing ties with Europe after a crisis sparked by Ankara’s crackdown on alleged plotters of the 2016 failed coup.

Meanwhile, Turkish courts have moved to defuse other legal cases that have irritated relations with the EU.

An Istanbul court allowed the release of Amnesty International’s Turkey chair Taner Kilic Wednesday, who spent more than a year in jail over alleged links to the 2016 coup bid.

And the day earlier, two Greek soldiers held by Turkey since March for illegally crossing the border were also freed.