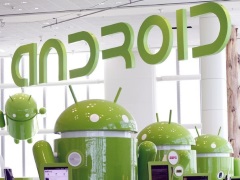 After months of beta updates, Android Pie was finally released in its stable avatar earlier this month. The update has started rolling out to the Pixel range of handsets as well as the Essential Phone. To strengthen its focus in the budget smartphone segment, Google on Wednesday announced the arrival of Android 9 Pie (Go edition), successor to last year’s Android Oreo (Go edition) that was unveiled back in December 2017. The latest update brings major features such as a boost to internal storage, faster boot times, security features like verified boot, and a dashboard to monitor data consumption.

Google also stated that the first devices with Android Pie (Go edition) will hit shelves later this Fall, however exact dates have not been mentioned. Existing smartphones that run Android Oreo (Go edition) are expected to get the major software update sometime later this year or early next year. These include phones like the Nokia 1, Lava Z50, Micromax Bharat Go, and the Spice F311.

The features coming to these budget smartphones with Android 9 Pie (Go edition) include up to 500MB of additional storage right out-of-the-box, claimed faster boot times, verified boot, and an accessible dashboard for data tracking. Android Pie (Go edition) will come with fewer preloaded apps and newer apps that are lighter. It will also have security features such as Find My Device built-in, and offline app install scans. “Collectively, these features help solve some of the most common pain points for entry-level device owners: storage, performance, data management, and security,” said Sagar Kamdar, Director of Product Management, Android.

Late last month, Google had updated its YouTube Go app with a new .yt file extension that allowed users with Android Oreo (Go edition) smartphones to save YouTube offline videos to their gallery. The Google Go app was updated with webpage voice dictation and a new Navigation for Google Maps Go extension app was released.

Google claims that more than 200 handsets, in over 120 countries across the globe, now run Android (Go edition) – and that more than 100 manufacturers already have plans to release similar phones before the end of the year