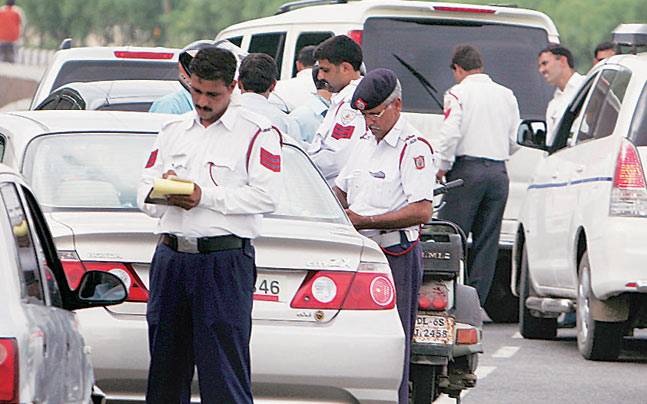 According to the transport department, there are 40 lakh vehicles in Delhi which still don’t comply with the regulation high-security plates mandated by the Supreme Court in 2012. To better manage the huge influx of people looking to update their license plates the department will soon launch an online portal for application

The transport department has just announced that they plan to start a crackdown on vehicles that do not have high-security number plates from next month. However, the department has also said that this move will follow a major public awareness programme to ensure that people have time to replace their existing number plates for high-security ones. This won’t be a problem for new car buyers and those who have bought their cars recently, as all new car already come pre-fitted with regulation license plates as default. Those that should be concerned are owners of older cars and bikes, who will have to ensure that the regulation high-security number plates are installed in their vehicles before October 13th, 2018.

According to the transport department the move is targeted at the close to 40 lakh vehicles that ply the roads in Delhi with older license plate formats. However, the process by which one can avail of these new high-security number plates will only begin after October 2nd. A transport department official clarified that there will be a total of 13 centres in Delhi, alone, to upgrade the license plates. The official said the centres are currently being renovated in preparation for a huge rush for high-security plates. The official also said a public awareness programme will be carried out through newspaper advertisements as well.

High-security number plates were first rolled out in 2012 on the back of a Supreme Court ruling that asked all states and union territories to ensure high-security plates for all vehicle by June 2015, or risk contempt charges from the court.

The department official added that to ensure the crowds at the centre remained manageable, that a software was being developed for users to apply for their license plates online and just drive into the centre to have the license plate fitted. Fees for this service can be paid online as well. Once the online application is done, applicants will be allocated a date and time when they would be required to come in to upgrade their license plates.

The high-security license plate is made of aluminium and wrapped in reflective tapes. According to the transport department, these plates are tamper proof and comes equipped with self-destructive holograms as well as laser-branding of the vehicles 10-digit Permanent Identification Number making those with the high-security plate less prone to vehicle theft.