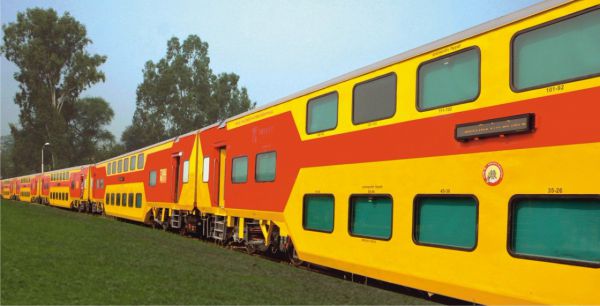 The final shape for such a move will be announced by next week, an official said as its removal would also lead to refunds for advance bookings

The railways is all set to come up with a revised flexi-fare scheme next month to bring in some relief for passengers, who, in some sectors pay as much as airfares for the premium trains, sources said.

They said the ministry is planning to suspend the scheme temporarily as an experiment during lean months in some identified trains as they are seeing occupancy as low as 30 per cent.

They said another option being considered is revising the scheme as per a formula used in the Humsafar trains in which the first 50 per cent berths will be sold at a 15 per cent higher price than the base price. The slab will change with every 10 per cent of the berth sold thereafter.

Similarly, the government is also mulling options to bring in special discounts under the scheme in less busy routes.

The final shape for such a move will be announced by next week, an official said as its removal would also lead to refunds for advance bookings.

Recently, a CAG report had come down hard on the railways for the flexi-fare prices and it stated a comparison with airfare for 13 sectors showed that travelling in aeroplane was cheaper than in train for a large number of routes.