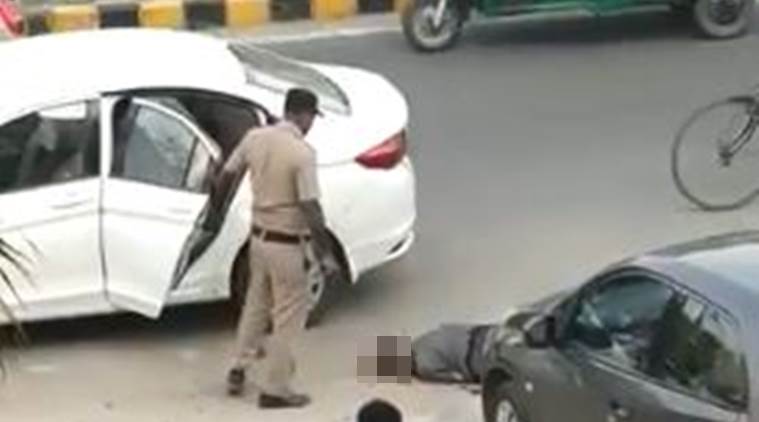 GURGAON: For the last two years, Mahipal Singh had been posted as the personal security officer to Additional Sessions Judge Krishan Kant Sharma in Gurgaon. This afternoon, police say, he made a chilling phone call to his employer: “I have shot your wife and son“.

Just minutes before the call, Mahipal Singh had opened fire at a busy market in Gurgaon’s Sector 49. His targets were 38-year-old Ritu and her 18-year-old son, Dhruv, who he had driven there for shopping.

The mother and son are in hospital, where Dhruv’s condition, reportedly, is critical.

Mahipal Singh, who drove away after the shooting in the judge’s Honda City, was arrested later and is being interrogated. The police, who are trying to determine the reason for the shooting, say the accused is suffering from acute depression and was mentally disturbed.

“An Additional Sessions Judge’s wife and son were shot at. They have been admitted and the doctors have taken them for a procedure,” said Sulochna Gajraj, DCP Gurgaon (East).

Eyewitnesses say Mahipal Singh used his service revolver to first shoot the judge’s wife in the chest and then the son in the head from close range. A video, shot by an eyewitness at the market, shows Mahipal Singh trying to drag Dhruv into the car, and on being unsuccessful at that, leaving him behind on the road and driving away.

Police say Mahipal Singh had also dialed his mother and a few others from the car to tell them about the crime.

Police sources say he drove to a police station first from the crime scene, before escaping again. He was finally arrested from the Gurgaon-Faridabad road, which links these two suburbs of Delhi.

Mahipal Singh belongs to Mahendragarh in Haryana. His wife is a teacher and he has two children – seven and three years old.