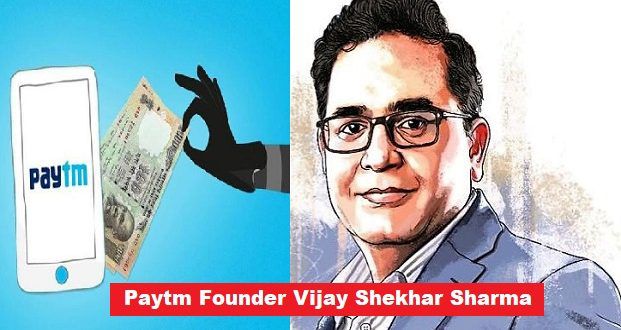 Two senior Paytm employees and their accomplice have been arrested by the Noida police for allegedly stealing personal and confidential information from Paytm founder and CEO Vijay Shekhar Sharma, and blackmailing the entrepreneur.

Reportedly, the trio were threatening to leak confidential information belonging to Sharma if he did not pay them Rs. 20cr.

Meanwhile, Paytm assured that no user data was stolen.

One of Sharma’s most trusted employees hatched the plot

The mastermind was a woman employee, Sonia Dhawan, who had been working for Vijay Shekhar Sharma for nearly 10 years, and had access to the entrepreneur’s personal laptop.

She hatched the plot with her husband Rupak Jain, and then roped in another senior employee from Paytm’s administrative section, Devendra Kumar.

The trio then blackmailed Sharma through Kumar’s acquaintance, one Rohit Chomal from Kolkata.

Ajay Shekhar Sharma, Vijay’s brother, said that the Paytm CEO had received the first extortion call on September 20, wherein Chomal had threatened to leak information if Rs. 20cr was not paid.

After several more calls were made, the Sharmas transferred Rs. 2 lakh to Chomal on October 15.

They then convinced Chomal to give up his source of data for money.

How the extortion plot came to light

The two brothers told Chomal that they would meet his demand for Rs. 10cr, if they were told how Chomal got access to Sharma’s data, and what kind of data it was.

Convinced that he would be paid, Chomal explained that Sonia, Rupak, and Devendra had hatched the extortion plot, and had hired him to make the extortion calls.

Subsequently, the trio were arrested.

Paytm’s statement on the extortion

“The employee along with two other accomplices attempted to extort money from Vijay Shekhar Sharma on the pretext of leaking his personal data. We are standing by our colleagues till the police inquiry reaches its meaningful conclusion,” said Paytm in a statement.