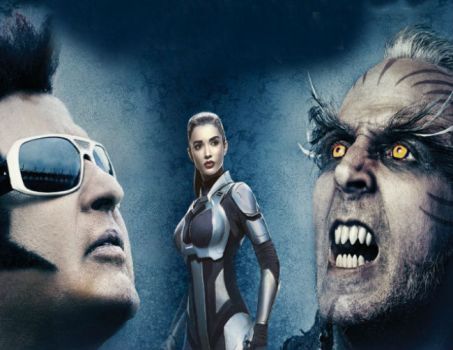 Dubbed India’s most expensive film, the anticipation was all about the VFX, and the effort is really commendable. The makers have taken full advantage of 3D and there are certain scenes like the room full of illuminated cell-phones that stand out. Even though there is not much to write home about in terms of plot, Kudos to Shankar and his team for keeping us hooked throughout with all the VFX in the movie. Read the full review here.

He’s back. This time around Chitti is reloaded and primed to confront a force out to eliminate mobile phones and cellular transmission towers from Tamil Nadu. The battle between good and evil, between nature and technology, plays out over two and a half hours in a zone where all dividing lines are blurred. Read the full review here.

The film takes off within the first five minutes and Rajinikanth’s introduction too is done in that time. The character Vasigeran, the scientist who makes Chitti played by Superstar, is one of the first characters to be introduced in 2.0. Read the full review here.