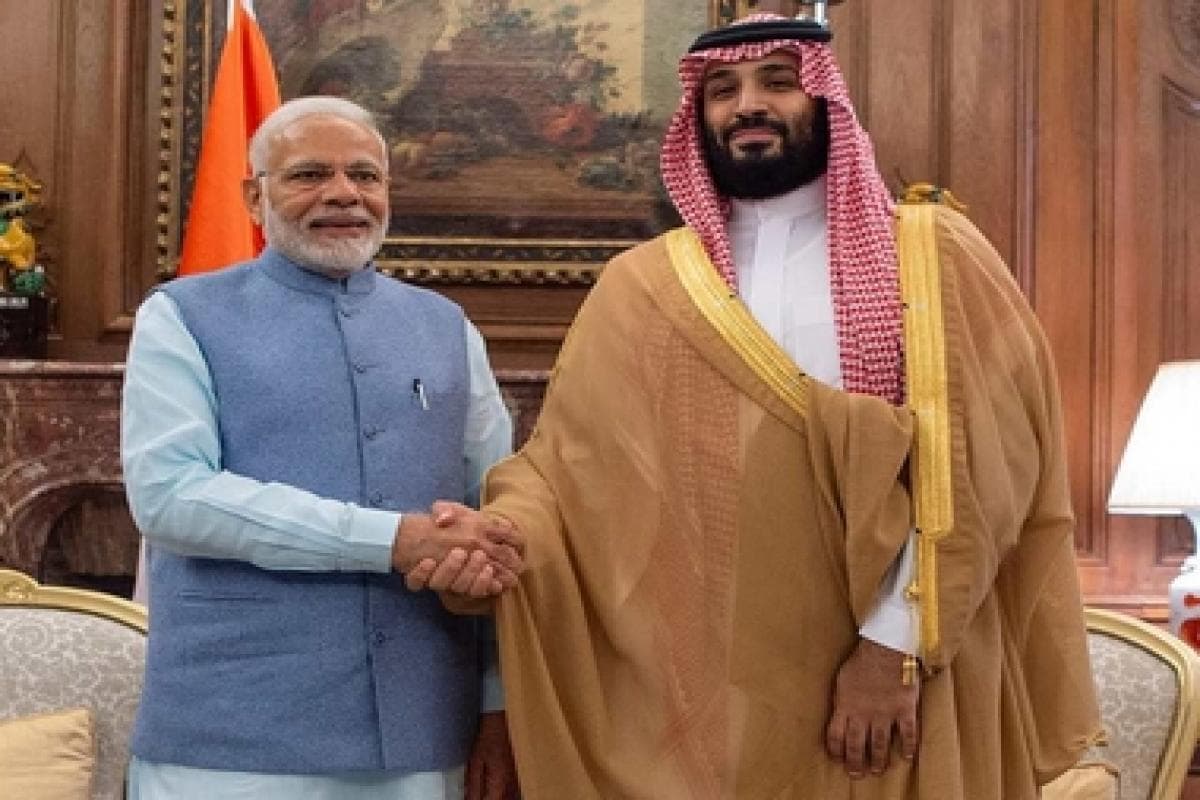 World’s attention is rivetted on Donald Trump and Xi Jinping at the G-20 Summit currently under way at Buenos Aires in Argentina. After all, it’s not always that the trajectory of global markets is decided when two leaders meet over a dinner. But an equally interesting development took place on the margins of the G-20 Summit on Thursday when Narendra Modi met Saudi Crown Prince Mohammed bin Salman at the latter’s residence in Buenos Aires.

The news might seem unexceptionable. Though G-20 is a multilateral event, bilaterals are the order of the day with world leaders packing in as many as they possibly can within a span of 48 hours. Modi’s meeting with Mohammed bin Salman (or MBS as he is referred to) could have been just another bilateral in a series of one-on-ones.

Yet it is not, for the simple reason that MBS is at the centre of a controversy over the gruesome murder of Washington Post journalist Jamal Khashoggi. A probe by US intelligence suggests that the order for the execution that took place inside the Saudi embassy in Istanbul on October 2, came from the very top.

There have been wild speculations following Khashoggi’s disappearance. His body has still not been found. Saudi Arabia has shifted from an initial complete denial to Crown prosecutor blaming the murder on a band of “rogue operatives”. Yet the CIA claims to have gathered enough evidence to conclude that under direct orders from MBS, a team of 15 assets “flew to Istanbul on a government aircraft and killed Khashoggi inside the Saudi Consulate, where he had gone to pick up documents that he needed for his planned marriage to a Turkish woman”, Washington Post details in a report.

Motivations for Khashoggi’s murder range from the journalist’s dissenting opinion to a game of thrones within the House of Saud. Bin Salman’s presence at the G20 — his first outing for a major international event since the murder of the US-based journalist — has created considerable unease among world leaders.

Trump, who has decided to stand by MBS and defend US ties with Saudi Arabia (ostensibly to keep US arms sales going and oil price down), has faced stinging criticism back home for his ‘moral vacuity’. The Trump administration has refused to specify whether or not the US president will meet MBS on the G20 sidelines amid global outrage.

British prime minister Theresa May plans to raise the issue of Khashoggi’s killing with the Saudi crown prince when she meets him and call for a “full and transparent investigation in relation to what happened and obviously those responsible being held to account”.

Canada has slapped sanctions on 17 Saudi officials for their alleged involvement in the murder of Khashoggi — joining France and the US to ramp up pressure on MBS.

Meanwhile, host Argentina has launched a probe against the Saudi crown prince for the Saudi-led military intervention against Yemen and also for his alleged involvement in the killing and dismemberment of Khashoggi inside the premises of Saudi consulate. There is a possibility that MBS may face criminal charges during his visit though diplomatic immunity may shield him from arrest, reports New York Times.

Whether or not Argentina bring charges, leaders of democratic regimes are loath to be seen schmoozing with the Saudi prince in public to avoid legitimising the actions of an authoritarian leader who sent mercenaries in a foreign country to kill a dissident citizen.

As advocacy group Human Rights Watch said, “A cloud of suspicion will loom over him (MBS) as he tries to rebuild his shattered reputation at the G20, and world leaders would do well to think twice before posing for pictures next to someone who may come under investigation for war crimes and torture.”

Democracies take these moral positions to separate themselves from dictatorial regimes such as Russia, whose leader Vladimir Putin’s extravagantly chummy behavior with MBS on Friday raised a few eyebrows.

Therefore, in choosing to engage with MBS in a bilateral meeting that was described by foreign secretary Vijay Gokhale later as “warm” and “cordial”, Modi essentially laid down a marker that virtue-signaling won’t dictate Indian foreign policy. This is an interesting deviation from the moralistic overtones that underwrote independent India’s foreign policy manoeuvres. This moral dimension, as author Aparna Pande writes in her book From Chanakya to Modi: The Evolution of India’s Foreign Policy, largely informed India’s choices as it was “driven by a desire to be seen as a global leader, albeit a moral one”. Consequently, India’s policy priorities, especially under Jawaharlal Nehru, were often derided as “preachy”, or to quote Shashi Tharoor, a “moralistic running-commentary on world affairs”.

Modi’s focus during the meeting with MBS was clear. New Delhi is hungry for investments and MBS assured him that Saudi Arabia would significantly scale up outlays in India. He promised an initial tranche in India’s National Investment and Infrastructure Fund, a quasi-sovereign wealth fund, to help accelerate the building of ports, highways and other projects, according to media reports. The Saudi crown prince is also interested in putting money in India’s tech, farm and energy sectors.

While investments formed a specific part of the discussion, Modi’s real motivation was to ensure a modicum of stability in energy prices as India heads to general election in a few months. As world’s biggest crude supplier, Saudi Arabia can play a vital role in steadying the price of oil. Foreign secretary Gokhale’s statement on what transpired at the meeting, is revealing.

“Prime Minister, in particular, stressed about the importance of having stable and predictable energy prices and some discussions took place between the two leaders on how Saudi Arabia can contribute and help in stabilising energy prices particularly for India.”

In other words, Modi knew that MBS’ need for a sprucing up of image after the Khashoggi affair presents India with an opportunity to ensure its energy security and he was ready to do a little trade-off between idealism and realism to secure the deal. And for Modi’s gesture to meet him in a bilateral, MBS reportedly signaled his readiness to “supply India with all of its needs of oil and petroleum products, as well as Saudi giant Aramco’s investment in refineries in India, especially the large refinery on the western coast of India and in the field of crude oil storage,” according a report by Saudi Press Agency.

It is evident, therefore, that when it comes to a clash between self-interest and values, Modi has no compunctions in anchoring his foreign policy in realism. The Saudi episode gives a clear view of this shift, though we may interpret India’s silence over Russia’s seizure of Ukrainian naval vessels and crews through this prism as well.