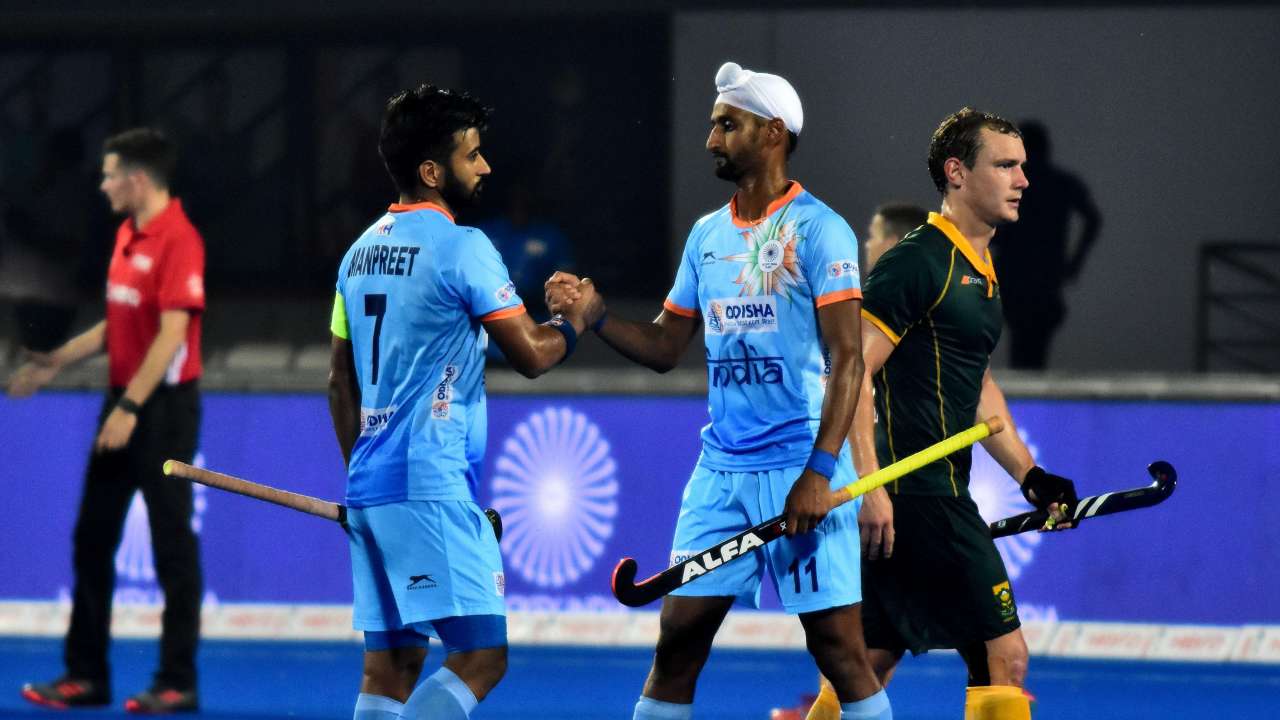 Bhubaneswar: On 31 May, 2014, India, playing their first match of that World Cup in Hague, fielded the then 19-year-old Mandeep Singh to unsettle the famed Belgian defence. Mandeep, on his Cup debut, opened the scoring for his team and India looked certain to eke out a draw until John-John Dominique Dohmen scored in the last minute to snatch a win.

Mandeep was there too, this time in the middle of an ordinary game. His eighth-minute strike had hit the post. His 41st-minute tap-in had gone just wide, and his goal two minutes later was disallowed due to obstruction. Had one of those three chances materialised, the result against the Rio Olympic silver-medallists could have been different.

As he stood pitch-side on Friday, dodging moths and fielding questions with equanimity, he dwelled on those lapses and insisted on the need to remain “switched on” for full 60 minutes.

“Hockey is a sport that always gives you a chance to learn and come back,” he said of the heartbreaking loss of 2014 . “That was one such lesson. However, as a team, we have not committed any major errors of late. Whenever we enter the D, we have three targets in mind — to score a goal, to get a shot on goal, or to earn a penalty corner. The idea is not to return empty-handed from the opposition D.

“Our Champions Trophy game against Belgium was our best game of the competition. Even in our matches against them at the Four Nations’ Tournament in New Zealand, we played very good hockey,” the 23-year-old said.

Ranked three in the world, Belgium are an experienced team that has retained their core for a while. Their current squad has 11 players from the 2014 team, and they are clearly better equipped to handle pressure of the stage.

Mandeep, though, is confident that if the hosts stick to basics, it will be good enough on Sunday.

“We are focussed on basics. If our basics are right, the match will obviously go well for us. Belgium are a tough team and our intent will be to give our best. We will have the support of the home crowd too.

“The only problem is, sometimes we forget to maintain our structure despite being conditioned to remain switched on for the full 60 minutes. The nature of modern hockey is such that one of the two teams will always be on the offensive. However, as a team, if we are certain which way we are going to block an attack and tackle them, we will be fine.”

Losing structure is not the only problem that India have. The first quarter against South Africa presented some opportunities in the D, but the Indians — Mandeep included — fumbled with their interceptions and trappings. The forward chose not to read too much into that, but agreed that against teams like Belgium, such mistakes can prove costly.

“Against stronger teams, we have to take our chances. We can’t afford such slip-ups. The idea is to trap everything in the D, but sometimes, slip-ups happen. If we miss some chances, we create scoring opportunities too. If such mistakes happen, we work on them and try to focus on the rest of the match,” he said.

Against South Africa, Mandeep and Akashdeep Singh got a lot of free zone, and both players consistently kept the opposition under pressure from their runs in the flanks. Belgium are unlikely to offer that ease to India, and Mandeep suggests a wait-and-watch approach before launching attacks.

“We will always get space. The difference will be that we have to think through our moves. In the first quarter, we will have to judge where are we getting the gaps from, and of course, during the break, the coach will also tell us the areas to exploit. We will mount our charge in the next quarter accordingly.”

The Jalandhar-based player also backed Akashdeep in his new role as an aggressive linkman — or a withdrawn forward, if you will — and said their mutual understanding on the turf will allow more balls in the attacking area.

As per the new role, Akashdeep is playing as an attacking midfielder and I am an attacking forward. I think we are still a good combination and we can understand each others’ eye contact really well. He can see where the gaps are and feed me the ball accordingly. He does that give-and-go thing really well,” Mandeep added.

Speed and agility have been India’s strengths in recent years, and the same will be put to test should Belgium crank up pace like the Argentina-Spain game on Thursday. The teams shared five goals in the breathless first quarter, and the match ended 4-3 in Argentina’s favour. Mandeep said India are fit enough to meet such challenges.

“I am sure we will be able to sustain that kind of pace because our fitness is really strong. If we maintain our structure, we will be in a position to play our best hockey. Belgium have a very strong defence and attack, but we believe that all 16 teams are good, that’s why they are in the World Cup. We are concentrating on playing to our potential. If we do that, we will win.”