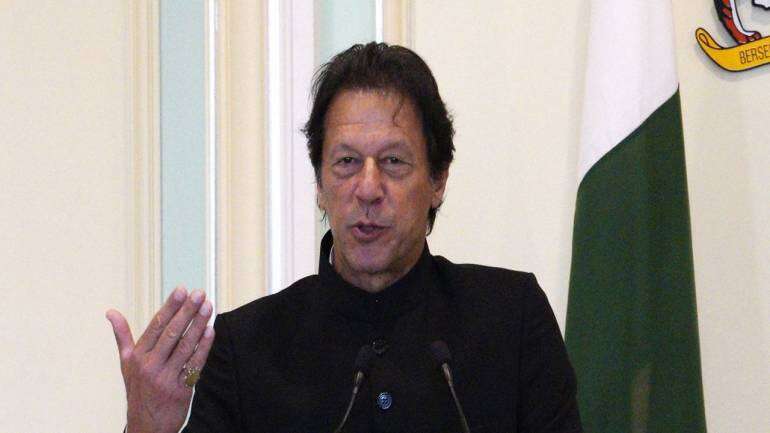 Islamabad: Pakistan prime minister Imran Khan has called for a new legislation to effectively deal with offences related to money laundering and other corrupt practices that are negatively impacting the cash-strapped country’s economy.

The law, to be finalised within a week’s time, would further strengthen existing laws to effectively check hawala, hundi and other illegal and corrupt practices, The Express Tribunereported.

The decision was taken during a high-level meeting at the Prime Minister’s Office on Friday, where Khan further approved a package to incentivise remittance through legal channels, the report said.

It was decided during the meeting that the State Bank of Pakistan, being regulatory authority in the banking sector, would take action against elements involved in facilitating the opening and operation of fake bank accounts in the country. During the meeting, it was decided that the necessary amendments would be introduced in existing laws, including Anti-Money Laundering (AML) Act 2010 to further strengthen them for effectively dealing with cases of money laundering and other illegal practices

Meanwhile, secretary Interior informed that taskforces, at national as well as provincial levels, have been constituted with an aim to identify legislative and administrative constraints in effective implementation of the AML activities and to suggest corrective measures towards its eradication.

The provincial taskforces have been mandated to take timely action against those involved in activities falling within domains of hawala, hundi while the national taskforce will submit monthly reports to the Prime Minister’s Office on performance, including coordinated actions undertaken and recoveries made.

Khan has stated on several occasions that corruption money worth billions of rupees was being laundered, and promised to take measures to stop it.

The government is making all-out efforts to prevent stolen money from flowing out of the country. Cash-strapped Pakistan urgently needs a capital boost in order to avert a looming balance of payments crisis. Foreign reserves held by the central bank dropped below $8 billion in late October, raising concerns about Islamabad’s ability to finance monthly import bills.