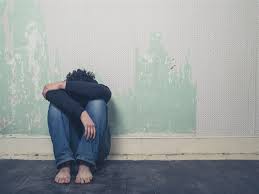 “Deaths of despair,” such as suicides and drug overdoses, are on the rise in the U.S., and there’s no definitive explanation. A study out this week found a number of surprising statistics that deepen the mystery, primarily that rates of psychological distress are going down and outpatient mental health care use is up.Mark Olfson, a professor of clinical psychiatry at Columbia University and an author of the study, said the study’s findings were not what he expected.

“We thought we’d find increasing rates of psychological distress in adults,” he told NBC News. “But the distress levels we found don’t explain rising ‘deaths of despair.’ ”
The study, published Wednesday in JAMA Psychiatry, used data from a nationally representative sample of nearly 140,000 people in three studies from 2004 to 2015. The data came from the Medical Expenditure Panel Survey, a set of large-scale surveys on the cost and use of health care conducted through in-person interviews by the U.S. Department of Health and Human Services.

“Almost a third of people who reported severe psychological distress are not getting mental health care.”

To quantify the mental health of people in the survey, researchers used participants’ answers to questions about their state of mind to score them on the Kessler scale, a points system widely used to standardize distress levels from depression and anxiety. The scale does not measure other mental illnesses, such as mania or substance abuse.

Researchers found that from 2004 to 2015, rates of self-reported severe psychological distress went down just over 1 percentage point, from nearly 5 percent to nearly 4 percent. In the same period, the percentage of adults receiving outpatient mental health care went up 4 percentage points, from just over 19 percent to 23 percent. This includes use of both talk therapy and psychiatric medications.