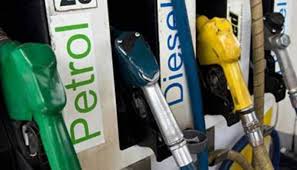 In the wake of decreasing global crude oil prices consistently, domestic rate of petrol has been cut by Rs 10 per litre and diesel by Rs 8 in the last six weeks. State-run fuel retailers today decreased the price by 37 paise and 41 paise respectively. Petrol prices are now back to where they were 8 months ago, giving much respite to consumers. A litre of petrol today costs Rs 72.87 in Delhi, Rs 78.43 in Mumbai, Rs 73.44 in Bengaluru, Rs 75.62 in Chennai and Rs 74.88 in Kolkata.

As crude oil prices falling to year-low levels, petrol and diesel rates have been falling down continuously since the last 45 days. According to petrol, diesel price chart of last six weeks, petrol price is down by about Rs 10 per litre and diesel by about Rs 8. The consumers no doubt are feeling a sigh of relief as it had a cascading effect leading to price rise of other items.

According to reports, crude oil has lost almost a third in value since early October due to supply glut following a global surge in production, including from the United States, Russia and by the Middle East-dominated Organization of the Petroleum Exporting Countries (OPEC).

Meanwhile, International Brent crude oil futures were at $59.81 per barrel at 0347 GMT, up 30 cents, or 0.5 percent, from their last close. US West Texas Intermediate (WTI) crude futures were up 20 cents, or 0.4 percent, at $51.65 per barrel, according to a Reuters report, adding that oil prices firmed today on expectations that OPEC and Russia will agree some form of production cuts next week, although swelling US supplies kept markets in check.