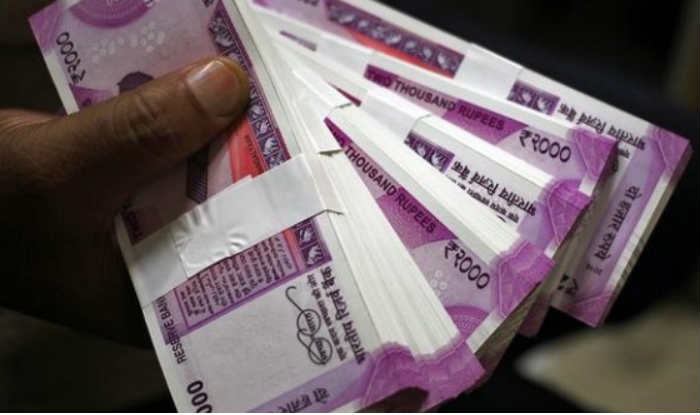 The new batches of 500-rupee notes are expected to ease the shortage of 2,000-rupee notes in circulation that is being reported in certain parts of the country. The RBI’s Mysore press has started printing the new 200-rupee bills, which are likely to come into circulation next month.

The Reserve Bank of India (RBI) stopped printing 2,000-rupee notes about five months ago, stepping up instead the production of smaller bills, including a new Rs 200, people familiar with the matter said on Tuesday.

The central bank is also unlikely to print more 2000-rupee notes in the current financial year, they said on condition of anonymity.

The government brought in the 2000-rupee note to quickly tide over a cash crunch from demonetisation, but fewer lower-value currency in circulation meant people struggled to change the big denomination bill.

The RBI’s focus now on printing small bills is aimed at bridging that gap.

About 3.7 billion 2,000-rupee notes amounting to Rs 7.4 trillion have been printed, said one of the people cited above. That more than compensates for the 6.3 billion 1,000-rupee bills withdrawn from November 8.

“Most of the printing that’s being done, about 90% is only 500-rupee notes. Nearly 14 billion pieces of new 500-rupee notes have been printed so far,” one of the people cited above said.

That is also close to the 15.7 billion of old 500-rupee notes (amounting to Rs7.85 trillion) withdrawn from circulation after November 8.

Not all the new notes printed so far have been released into circulation by the central bank.

RBI data shows that currency in circulation stood at Rs 15.22 trillion as on 14 July, eight months after demonetisation. This is about 86% of the Rs 17.7 trillion that was in circulation on November 4.

Separately, the RBI’s Mysore press has also started printing the new 200-rupee bills, which are likely to come into circulation next month, according to a second person.

“Initially, around a billion 200-rupee notes are expected to hit the market,” this person added.

The central bank did not respond to an email seeking comment.

The new batches of 500-rupee notes are expected to ease the shortage of 2,000-rupee notes in circulation that is being reported in certain parts of the country.

“But we have also seen a sharp drop in the supply of 2,000-rupee notes during this period.”

A July 19 report from SBI’s economic research wing showed that cash on hand with banks is high at 5.4% of currency in circulation compared with 3.8% pre-demonetisation. This shows that there is excess cash lying in ATMs or bank branches, most of which could mostly be 2,000-rupee notes, concluded the report.

“Although we haven’t seen any drop in supply of 2,000-rupee notes, we expect it to be moved out of ATMs once 200-rupee notes hit the market,” said Radha Rama Dorai, country head, ATM and allied services, at ATM service provider FIS.