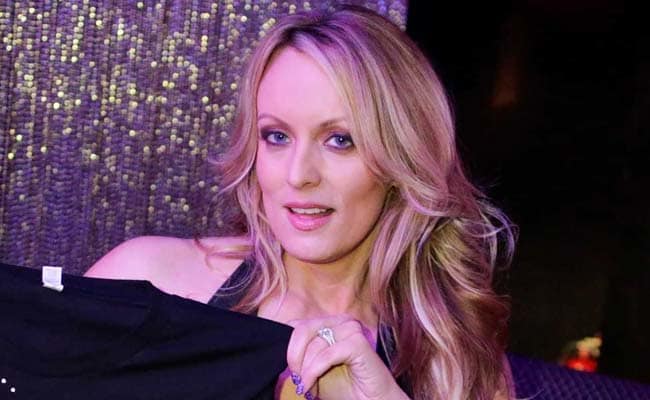 A federal judge ruledTuesday that Stormy Daniels mustpay President Donald Trump more than $293,000 in legal fees in her failed defamation lawsuit, a decision that the president’s team hailed as a”total victory” but that Daniels’ attorney vowed would “neverhold up on appeal.”

U.S. District Judge James Otero ruled that Daniels must pay Trump $293,052.33 in “attorneys’ fees, costs and sanctions,” a figure representing 75 percent of the amount Trump had been seeking.

Daniels had claimed in the lawsuit that Trump defamed her when he suggested that she had lied about being threatened to keep quiet about their alleged past relationship. Otero dismissed the suit in October, ruling that Trump’s “rhetorical hyperbole” was political in nature and ordering Daniels, whose given name is Stephanie Clifford, to pay the president’s legal fees.

The lawsuit is one of two that Daniels has filed against Trump. The second seeks to invalidate a 2016 nondisclosure agreement aimed at preventing Daniels from speaking about the affair that she says she had with Trump a decade ago. Trump denies that the alleged affair took place.

Charles Harder, an attorney for Trump, hailed Tuesday’s decision as a triumph for the president.

Avenatti disputed that interpretation, firing back with a tweet claiming that Harder and Trump “deserve each other because they are both dishonest.”

While Daniels must reimburse Trump for most of his legal fees, Otero wrote Tuesday that he did not award the president the full amount he was seeking because the hours charged by his attorneys were “excessive.”

“Ultimately, Defendant’s counsel did not need to spend as much time as they did conducting legal research and compiling factual exhibits that would not properly be before this Court,” Otero wrote.

He cited as oneexample of the “extraneous evidence” submitted by Trump’s attorneys”a detailed list of Plaintiff’s movie history and filmography, which wasunnecessary to this Court’s decision-making.”