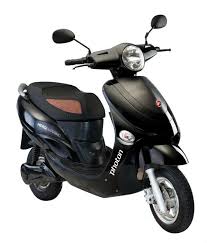 Youngsters roving around the city on electric scooters without a license may have to visit the RTO (regional transport office) soon as the ministry might mandate license for them. The transport ministry is mulling over tweaking the motor vehicles rules for mandating a license to ride electric scooters for riders between 16-18 years of age. The maximum allowed speed for these vehicles will be 70kmph and highest motor output cannot go above four kW.

This is a step to curb rash riding being attempted by teenagers. Currently, under-18 riders are allowed to ride electric scooters without a license. Although the government issues license to these riders for less-than-50cc engine bikes, the market has no such small capacity two-wheelers. If the new rule comes into play, it will make the license as well as number plates compulsory for electric scooters ridden by teenage (16-18 years) riders.

Manufacturers including Hero Electric, Okinawa and Yo bikes have electric scooters with power output of less than 4kW. Implementing such move is expected to grow the electric two-wheelers market in India which is a part of the government’s vision to endorse electric mobility.