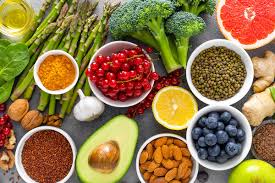 The Best Foods for Arthritis

Arthritis affects 54.4 million adults in the U.S., according to Centers for Disease Control and Prevention data. This is ratio of more than one of four. There is no cure for most types of arthritis, but early diagnosis and appropriate management can significantly alleviate pain. A lot can be done to prevent the disease, including avoiding injury, controlling your weight, exercising, and consuming the right foods.

Beans – small red or kidney beans – are very rich in fiber and phytonutrients, which help lower C-reactive protein, which is an indicator of inflammation found in the blood. High CRP could mean an infection or rheumatoid arthritis. In a study, researchers analyzed the nutrient content of 10 common bean varieties and identified a host of antioxidant and anti-inflammatory compounds.

Rich in antioxidants, green tea is thought to reduce inflammation related to athletic performance. Studies show that green tea may even help reduce inflammation and arthritis pain because of its active ingredient, epigallocatechin gallate (EGCG), a powerful catechin. It may halt arthritis progression by blocking interleukin-1, a pro-inflammatory protein, from damaging cartilage, according to the Arthritis Foundation.

Consume lots of them because they have an abundance of vitamin C. Research shows that getting the right amount of vitamins helps in preventing inflammatory arthritis and maintaining healthy joints with osteoarthritis. Due to the antioxidant properties of vitamin C, it significantly mitigates pain and increases the pain threshold in patients with chronic pancreatitis.

“You’ll find these powerhouse phytonutrients in leafy greens like spinach,” Lara Felton, a leading RDN and head of the dietary team at mobile nutrition app ShopWell, says. Spinach is also rich in vitamin K and dramatically reduces inflammatory markers in the blood. Spinach is also the kind of leafy green that alleviates pain from stomach ulcers.

Researchers have found that oleocanthal, a key compound in extra virgin olive oil, has a significant impact on inflammation and helps reduce joint cartilage damage, according to the Arthritis Foundation. Earlier studies showed that oleocanthal prevents the production of pro-inflammatory COX-1 and COX-2 enzymes – the same way ibuprofen works. The consumption of oleuropein, a polyphenol found in olives, can prevent bone loss associated with acute inflammation, according to other research.

A 2014 medical review suggested that the health benefits of cruciferous vegetable consumption may be partly associated with the anti-inflammatory effects of these vegetables. They include broccoli, cauliflower, kale, cabbage, bok choy, and Brussels sprouts. Rich sources of minerals, vitamins, and many important phytochemicals, vitamins A, C, E and K, folic acid, and fiber, they help the body deal with oxidative stress by providing a natural source of antioxidants.

The Arthritis Foundation cites several studies that have shown that people who drank tart cherry juice experienced a significant improvement in pain and stiffness. Tart cherry juice (unsweetened), which is high in anti-inflammatory antioxidants, has also been shown to decrease muscle soreness if you drink it during or after a workout, Felton says.

Researchers have connected curcumin, the most active constituent of turmeric, to a plethora of health-related benefits including a reduction in inflammation and joint pain, cancer prevention, and heart health benefits, according to Ali Miller, RD, LD, CDE registered dietitian. Several clinical trials show that turmeric/curcumin has anti-inflammatory properties and was more effective at preventing joint inflammation than reducing joint inflammation.

The vitamin B3 that is found in peanut butter is a supplement that may help people with osteoarthritis, according to the Arthritis Research Institute of America. [See: Are Vitamins and Supplements Worth Taking?] Also, research suggests that diets rich potassium, of which peanut butter has a lot, may help prevent bone loss. Peanut butter has resveratrol, a natural antibiotic and antioxidant, which makes it a good toothache medicine.

Just two tablespoons of ground flaxseed contain more than 140 percent of the daily value of the inflammation-reducing omega-3 fatty acids and more lignans, a cancer-fighting plant chemical, than any other plant food on the planet, according to the Arthritis Foundation. Some studies hint that the anti-inflammatory benefits of flaxseeds might help prevent weight gain by reducing the risk for diseases like metabolic syndrome and diabetes.

Research has found that Avocado/Soybean Unsaponifiables (ASUs) may prove to be an effective treatment option for symptomatic osteoarthritis, as they have been shown to possess anti-inflammatory properties. At the clinical level, ASUs reduce pain and stiffness while improving joint function. Importantly, ASUs are a natural, slow-acting agent that do not merely address acute pain but actively prevent development of the symptoms.

Anything rich in Omega-3s

Fatty fish like salmon, mackerel, tuna, and sardines help fight inflammation because they are rich in omega-3 fatty acids. Ibuprofen and omega-3s demonstrated equivalent effect in reducing arthritic pain in several studies. Omega-3 fish oil supplements appear to be a safer alternative to NSAIDs for treatment of nonsurgical neck or back pain in this selective group.

Whole grains have lots of filling fiber, which plays an important role in maintaining a healthy weight. Some studies have also shown that fiber and fiber-rich foods can lower blood levels of the inflammatory marker C-reactive protein, according to the Arthritis Foundation. Consume foods made with the entire grain kernel such as whole-wheat flour, oatmeal, bulgur, brown rice, and quinoa.

A recent study suggests that thyme as well as ibuprofen can be effective in reducing the severity of painand spasms from menstrual stomach cramps. The compounds in the herb may also interfere with the perception of pain. Thyme is taken by mouth for bronchitis, sore throat, colic, arthritis, upset stomach, stomach pain, and diarrhea, according to WebMD.