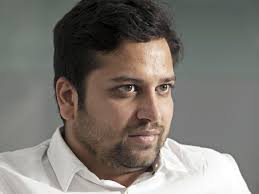 Bengaluru: Flipkart co-founder Binny Bansal is negotiating fresh terms to receive cash payouts from Walmart after he resigned from Flipkart as chairman and group chief executive last month, two people familiar with the matter said. According to his earlier contract, Bansal would have received cash from Walmart for over half of his 4-4.5% Flipkart stake that is worth more than $850 million after August 2020, the people cited above said, requesting anonymity. However, after his resignation Bansal might receive an immediate, smaller payment of about $100 million, the people said. The rest of the payout would be due to Bansal by August 2020, they said.

After the August 2020 payout, Bansal will continue to keep the remainder of his stock in Flipkart.

Bansal and Walmart declined to comment through their spokesmen.

Last month, Bansal abruptly resigned as Flipkart chairman and group chief executive officer (CEO) following an internal investigation into an allegation of “serious personal misconduct” against him. The investigation did not find any evidence to support the allegation, but it showed “lapses in judgement” on Bansal’s part, Walmart had said then.

Binny Bansal’s Flipkart exit shocked the start-up ecosystem. It followed that of Flipkart co-founder Sachin Bansal, who was forced out of the company by the board in May, just ahead of the deal with Walmart. Kalyan Krishnamurthy, who was running Flipkart since January 2017, was given control of the company’s fashion units, Myntra and Jabong, after Binny Bansal resigned last month.

Binny Bansal would use the payments from Walmart to invest in startups, the two people cited earlier said. He already has investments in more than 20 startups, including SigTuple, Roposo and Ather Energy, according to data from researcher Tracxn.

One of the new startups Binny Bansal will back is xto10x, a consulting platform founded by former Flipkart supply chain chief Saikiran Krishnamurthy, the people said.

Bansal won’t have an operating role at the startup, but will sit on its board as chairman. The Economic Times newspaper reported Bansal’s investment in xto10x on Friday.

Xto10x was also in talks to raise funds from Sachin Bansal, but they didn’t materialize into a deal after Binny Bansal decided to invest in the company, one of the people said. Sachin and Binny Bansal fell out over the former’s exit from Flipkart.

Following the revelations of the investigation and the media coveragearound his Flipkart exit, Binny Bansal decided to move out of Bengaluru, his home for the past 13 years, the people cited earlier said. He is likely to move abroad early next year, they added.

“ … a claim of serious personal misconduct made against me, which was uncorroborated after a thorough investigation completed by an independent law firm. The allegations left me stunned and I strongly deny them. The investigation, however, did bring to light lapses in judgment, particularly a lack of transparency, related to how I responded to the situation. These have been challenging times for my family and me,” Binny Bansal wrote in an email to Flipkart employees last month.

While Binny Bansal admitted to “lapses in judgment”, Walmart’s handling of the disclosures regarding the investigation has been criticized by some investors and entrepreneurs in private.

Walmart received the complaint in July from an unidentified woman, but the company chose to disclose it and the investigation only after it closed the Flipkart deal, which was cleared by India’s antitrust regulator in August. It is unclear why Walmart disclosed the investigation given that “it did not find evidence to corroborate the complainant’s assertions” against Binny Bansal.

In an interview last week, Flipkart CEO Kalyan Krishnamurthy declined to comment on Binny Bansal’s exit and how the matter was handled by Walmart.

Walmart has also declined to elaborate on the matter beyond the statement it issued in November.