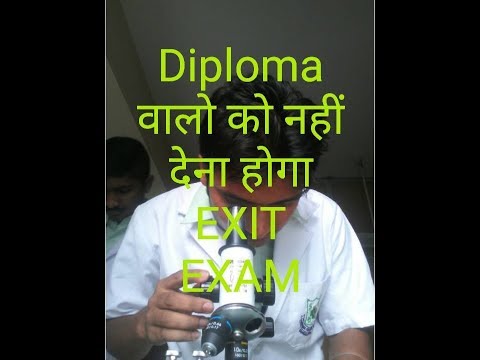 Quashing the rumors about an exit exam for diploma students, All India Council for Technical Education (AICTE) has clarified that it has not taken any such decision. Describing the circulated news as fake and misleading, the apex body for technical education in the country, has urged stakeholders ‘…to refer to AICTE website for information and updates, if any and don’t believe on such papers which are misleading and fake.’

The said ‘institution notice’ addressed to all private, government and polytechnic colleges reads that an exit exam will be conducted for the award of Diploma degree from 2019-2020.

This isn’t the first instance where a fake alert on exit exam has feigned the students. A similar hoax had become viral when an AICTE lookalike notification on ‘engineering exit exam’ was shared online. AICTE gave clarity on November 20. ‘AICTE has noted with concern that some newspapers have carried an item stating that AICTE is deciding to make GATE as mandatory exit exam. AICTE has not taken any such decision,’ Vice Chairman, AICTE had said.