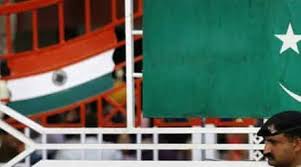 India is watching with increasing wariness recent efforts to broker a political solution to the 17-year-old war in Afghanistan and has conveyed to the US its concerns about Pakistan’s role in this process, several people familiar with the latest developments said.

The developments coincide with a shift in India’s position on the Afghan Taliban – from one of having no engagement with the militants who control or contest almost half of Afghanistan’s territory, to that of some form of engagement, as evidenced by New Delhi’s non-official participation in the so-called Moscow format talks in Russia on November 9.

Officials in New Delhi kept a wary eye on the two-day talks between the US special envoy for Afghanistan, Zalmay Khalilzad, and a Taliban delegation that ended in Abu Dhabi on Tuesday. The meeting was also attended by officials of Pakistan, Saudi Arabia and the UAE, the only countries that recognised the erstwhile Taliban regime in Kabul.

Though the Afghan government sent a delegation to Abu Dhabi led by chief negotiator Abdul Salam Rahimi, the Taliban refused to meet. It was also noted in New Delhi that Khalilzad flew directly from the UAE to Pakistan, where he briefed only army chief Gen Qamar Bajwa on Wednesday, before travelling to Kabul to brief the Afghan leadership, including President Ashraf Ghani.

People familiar with developments and briefed on recent talks with the Taliban believe the search for a solution in Afghanistan will be a long process but said there were reasons to be wary about ongoing processes backed by the US and Russia. New Delhi’s concerns about Pakistan’s efforts to shape the processes to its advantage and to counter India’s presence in Afghanistan have also been conveyed to the US, they said.

“It is hoped the US will stay the course because the security situation in Afghanistan hasn’t improved. The US has done some capacity-building with the Afghan national forces but it isn’t clear how effective this has been,” said one person.

Pointing to the presence of Lashkar-e-Taiba, al-Qaeda and Islamic State in Afghanistan, the person said: “We don’t see the US withdrawing and leaving Afghanistan to itself…, they have a commitment not to allow Afghan territory to again become a crucible of terrorism.”

A second person briefed on the talks said: “One issue is that the US has set the bar so low – they are intent on getting out because of the pressure from the Trump administration to do so before the 2020 elections. Everyone is in a rush to do things.”

A third person familiar with the developments said: “Pakistan wants an end to the status quo – it sees India has having used its improved relationship with the US to enhance its presence in Afghanistan and wants to end that. But many Pakistanis dislike or distrust Khalilzad, and the same goes for the Afghans…,” the third person added.

Despite Pakistan’s efforts to shape the talks with the Taliban, officials in New Delhi pointed to public remarks by the US leadership, including President Donald Trump, acknowledging India’s stake in peace and stability in Afghanistan. In this regard, they pointed to Trump’s reference to India in his strategy for Afghanistan and South Asia unveiled in August last year.

“All the stakeholders see India as a party with a genuine stake in Afghanistan’s future. There is the work we have done to establish the trade and transit route via Chabahar port in Iran, which the US acknowledged by exempting it from sanctions,” the first person said.