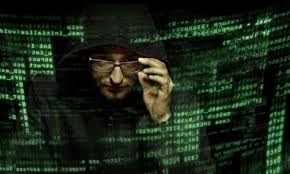 Washington: The Trump Administration on Thursday charged two Chinese nationals who allegedly targeted scores of companies in 12 countries, including the United States, India, Japan and Brazil. According to the unsealed indictment, Chinese nationals Zhu Hua and Zhang Shilong were members of a hacking group operating in China known within the cyber security community as Advanced Persistent Threat 10 (the APT10 Group).

They worked for a company in China called Huaying Haitai Science and Technology Development Company (Huaying Haitai) and acted in association with the Chinese Ministry of State Security’s Tianjin State Security Bureau, federal prosecutors said. The charges include conspiracy to commit computer intrusions against dozens of companies in the United States and around the world.

“This case is significant because the defendants are accused of targeting and compromising Managed Service Providers, or MSPs. MSPs are firms that other companies trust to store, process, and protect commercial data, including intellectual property and other confidential business information,” said Deputy Attorney General Rod J Rosenstein.

When hackers gain access to MSPs, they can steal sensitive business information that gives competitors an unfair advantage, he said. According to Rosenstein, the two Chinese nationals allegedly compromised MSP clients in at least a dozen countries.

Over the course of the MSP Theft Campaign, Zhu, Zhang and their co-conspirators in the APT10 Group successfully obtained unauthorised access to computers providing services to or belonging to victim companies located in at least 12 countries, including Brazil, Canada, Finland, France, Germany, India, Japan, Sweden, Switzerland, the United Arab Emirates, the UK and the US.

The victims included companies in banking and finance, telecommunications and consumer electronics, medical equipment, packaging, manufacturing, consulting, healthcare, biotechnology, automotive, oil and gas exploration, and mining. They allegedly committed these crimes in association with a Chinese intelligence service known as the Ministry of State Security, he said.

“It is unacceptable that we continue to uncover cybercrime committed by China against other nations. In 2015, China promised to stop stealing trade secrets and other confidential business information through computer hacking ‘with the intent of providing competitive advantages to companies or commercial sectors.’ The activity alleged in this indictment violates the commitment that China made to members of the international community,” said the Deputy Attorney General.

Rosenstein told reporters that China stands accused of engaging in criminal activity that victimizes individuals and companies in the United States, violates US laws, and departs from international norms of responsible state behavior.

“Exposing these actions through the criminal justice system is a valuable tool. Faced with the detailed factual allegations released today, and the corroborating statements of other victimized nations, China will find it difficult to feign ignorance,” he said.

“Healthy competition is good for the global economy, but criminal conduct is not. This is conduct that hurts American businesses, American jobs, and American consumers,” said FBI Director Wray.

“No country should be able to flout the rule of law so we’re going to keep calling out this behaviour for what it is: illegal, unethical, and unfair. It’s going to take all of us working together to protect our economic security and our way of life, because the American people deserve no less,” he said.

Assistant US Attorney Sagar K Ravi of the Southern District of New York’s Complex Frauds and Cybercrime Unit is in charge of the prosecution, with assistance provided by Trial Attorney Matthew Chang of the National Security Division’s Counterintelligence and Export Control Section.