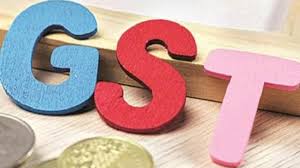 GST Council Meets Today: Council will discuss reducing tax rate on items in the highest slab of 28% such as cement, cameras and dish washers as well as on products that are of local interest to individual states

The Concil’s 31st meeting will discuss reducing tax rate on items in the highest slab of 28% such as cement, cameras and dish washers as well as on products that are of local interest to individual states. However, there is no final word on the proposal for a disaster cess to raise resources for rebuilding states that face natural disasters. A panel of state ministers is still examining the issue.

Prime Minister Narendra Modi had on Tuesday said that he has given suggestions to the Council and that the effort is to make sure 99% of items attract 18% or lower, leaving sin or luxury items only to be taxed at the highest rate of 28%.

Leaving only 1% of items in the 28% slab as promised by Modi would require cutting tax rates on about 25 categories in the highest slab.

Keeping 18% as the standard rate which covers most of the goods was a demand that Congress had made when the NDA government was about to implement the tax reform. But at that time, the consensus between union and state governments was to follow the principle of tax neutrality during the transition. However, the Council subsequently reduced tax rate on a large number of items, that has reduced the number of items in the highest slab substantially. That included rate cuts in July on washing machines, small televisions and air conditioners from 28% to 18%.

Finance minister Arun Jaitley said on Twitter on Thursday that Congress party led United Progressive Alliance had left behind a legacy of 31% indirect Tax on most items. “Wasn’t the 31% Tax an oppressive idea- a stupid one at that,” said Jaitley.

Chidambaram alleged that discussing simplification of return filing at this juncture was an admission that filing returns has not been easy in the last 18 months. “The truth is filing GST returns has been a nightmare,” he said in a twitter post on Thursday.