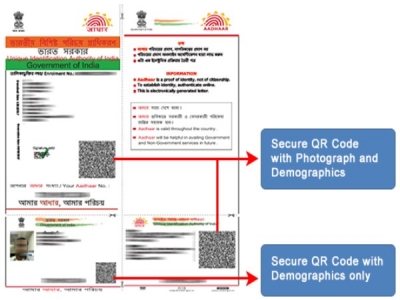 QR code is part of a paperless e-KYC mechanism launched by the UIDAI for Aadhaar card holders who can use it voluntarily without compromising on the security of their Aadhaar data.

New Delhi: The union cabinet has allowed QR codes for voluntary use of Aadhaar card data for e-KYC authentication in order to obtain SIMs and open bank accounts. The Unique Identification Authority of India (UIDAI), which has already issued instructions that Aadhaar can be used for KYC only if it is voluntary or for those receiving subsidy, is already out with a mechanism for Aadhaar paperless offline e-KYC.

According to the UIDAI, the new mechanism, details of which are available on its website, allows individuals to voluntarily use Aadhaar for establishing their identity in various applications in paperless and electronic fashion, while still maintaining privacy, security and inclusion.

5 things to know about using QR codes for Aadhaar authentication:

1. Every e-Aadhaar letter contains two QR codes containing all demographic details of the holder. The UIDAI has recently replaced the existing QR code with a new and more secured QR code which also has the photograph of the Aadhaar holder besides other demographic details.

2. The QR codes are secured, tamper-proof and signed with the UIDAI digital signature. The KYC data can be shared through QR codes even without the knowledge of the UIDAI.

3. For authentication, you will have to take a print out of your e-Aadhaar card using a LaserJet printer and then present it to service provider or agency doing the KYC.

4. To ensure privacy of your data, the QR codes do not contain your Aadhaar number but instead a masked Aadhaar number is available. Such an offline authentication doesn’t mess with the individual’s privacy as the Aadhaar card number is not shared in the process with any third party. You also do not need to share biometrics like fingerprints or iris data. Only details like name, address, date of birth, gender and photo is available from the QR codes.

5. The UIDAI says banks or authentication agencies can use this facility for offline verification of the data in e-Aadhaar. “Any agency working with people can use it with consent of the Aadhaar number holder allowing wide usage,” the UIDAI says on its website. 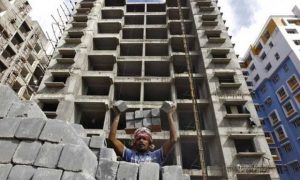