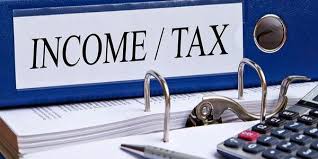 The taxman has said it sent emails and SMSes to a large number of people who have filed their returns after this communication.

The Income Tax Department is “chasing” 80,000 cases where people have not filed their returns post-demonetisation, despite the taxman sending them notices to do so, a senior official said on Wednesday. After inaugurating a stall of the Income Tax Department at the India International Trade Fair at Pragati Maidan here, Central Board of Direct Taxes (CBDT) Chairman Sushil Chandra said the taxman has also identified nearly 80 lakh people who had filed their returns during the past three years but have not done that so far.

The chief of CBDT, which frames policy for the Income Tax Department, said the November 2016 decision to demonetise high-value currency “really helped in increasing the tax base in the country and as well as the net revenue of this country from direct taxes”.

Asked how demonetisation helped, he said: “I would say that the money has now come into bank accounts so it is easy for us to track as to how many persons have deposited the cash without corresponding returns.”

Talking about enforcement by the department after the notes ban declaration by Prime Minister Narendra Modi, the CBDT chief said they have sent emails and SMSes to a large number of people who have filed their returns after this communication.

“Around 3 lakh notices were sent to persons who did not file returns post the demonetisation. These are statutory notices. About 2.25 lakh people filed their returns thereafter. In 80,000 cases, where the returns were not filed, the department is chasing and the assessment will have to be framed,” he said.

Apart from the post-demonetisation exercise, the department is also pursuing those who have not filed their returns on time.

“About 30 lakh persons who should have filed their returns have not filed it. We are sending SMSes and then notices will be sent if these messages are not acknowledged. First we will send SMSes and we are making assessees aware that your income is liable for tax and you should pay it.”

“We have also identified around 80 lakh persons who had filed returns in last three years but they have not filed it so far. I am expecting large no of returns (in the coming days). In the total 6.02 crore returns filed this year, there are 86 lakh new taxpayers,” Mr Chandra said.

“We have used non-intrusive methods and hence 86 lakh new returns have been brought to the tax net so far this year.”

Mr Chandra said the Central Board of Direct Taxes was leaving no stone unturned to ensure that targets of revenue collection set for them are met by the end of the financial year in March next year.

“We are reviewing each and every region where targets are not being met. I have already written to all the regions and they are taking necessary steps,” he said.

“We are following Tax Deducted at Source payments and asking every deductor to ensure that they deduct these taxes on time and deposit with the department…prosecutions (for not depositing TDS) are also being filed. Similarly, we are also chasing advance tax payers and we are intimating them that please deposit your tax,” he said.