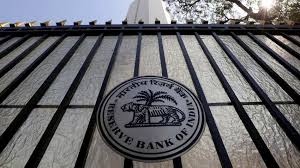 Following the crisis the non-banking financial companies (NBFCs) faced on account of the IL&FS credit default, the Reserve Bank of India on Friday said it would ensure sustained growth in the sector and abate liquidity fears.

The NBFC sector, with a size of around 15% of scheduled commercial banks balance sheet, has been growing robustly in recent years, providing an alternative source of funds to the commercial and retail sector in the face of slowing bank credit. The financial performance of the shadow banking sector, including profitability, asset quality and capital adequacy, improved year-on-year during FY18 as effects of demonitaisation and GST faded.

While in 2018-19, though concerns surrounding the sector due to debt defaults amidst temporary asset liability mismatches arose, the inherent strength of the NBFC sector, coupled with the RBI?s continuing vigil on the regulatory and supervisory front, will ensure that the growth of the sector is sustained and liquidity fears are allayed,? said RBI in its report on Trends & Progress of Banking in 2017-18 on Friday.

Retail loans of NBFCs grew at 46.2% y-o-y from 21.6% in FY18 reflecting increased consumer demand. The demand was spiked due to the vehicle loan segment, according to the report while credit to the services sector was driven mainly by commercial real estate and retail trade.

Bank borrowings and non-convertible debentures (NCDs) were the major source of funding for NBFCs, with bank funding being preferred during FY18 and H1FY19 in contrast to debentures which was a means for funding in FY17. The share of CPs, which declined during FY18, turned around in H1FY19 partly replacing the reduction in share of debentures.