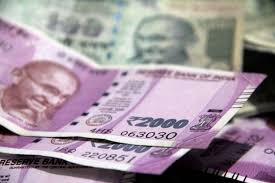 Retirement fund manager Employees’ Provident Fund Organisation (EPFO) may raise interest rates from the current level of 8.55%, bringing cheer to millions of employees in the organized sector. If indeed EPFO does follow through, it will serve up another sop in poll-bound India, this time for the salaried employees. So far, farmers—through farm loan waivers—have been the beneficiaries, while the middle class has gained indirectly, with the recent reduction in goods and services tax (GST) rates on several consumer goods.

Though the annual internal review is yet to be concluded, three officials with knowledge of the development said there was a good chance the EPF rate would be hiked. At the least, it will be retained at the existing level; given the steep fall in inflation, the real rates of interest accruing to the salaried classes have spiked.

In 2017-18, EPF savings earned 8.55% interest, which was at a five-year low. However, in 2018-19, even an unchanged interest rate will make it one of the most rewarding savings schemes. In 2018, the average interest rate of the Public Provident Fund (PPF) and the National Savings Certificate (NSC) was 7.7%. The leading ultra short-term debt funds, which invest in securities with maturities between three and six months, returned an average of 7.78%, Mint reported on Monday.

“2018 has been a relatively low-yielding year for debt investments, but the EPFO is unlikely to revise the interest rate downward for 2018-19 from what it paid last fiscal,” said one of the two officials cited earlier. “It’s an important year and we are making the last round of calculations before announcing the EPF rate in late January.”

Prabhakar Banasure, a member of EPFO’s central board of trustees, confirmed that there was little scope for reducing the interest rate and asserted that efforts would be made to increase the return for subscribers.

“We are exploring whether we can offer interest rate of more than 8.55% this financial year. Reduction of the rate is a complete no at this point in time, though the final calculation and accounts audits are still on.” Banasure is also a member of the finance advisory committee of EPFO.

EPFO has an active subscriber base of more than 60 million and manages retirement savings of over ₹11 trillion.

The second government official cited earlier said that though the EPF interest rate is typically declared in December, the slight delay this time was because the account audit was still on.

It will be announced ahead of the vote on account expected on 1 February.

When the retirement body offered an 8.55% rate last year, it had a surplus of ₹600 crore.

The third official said that EPFO’s equity investments have a notional return of around 12% and might be used if required.

At present, the Employees’ Provident Fund Organisation has invested around ₹50,000 crore in the stock market through exchange-traded funds.

To be sure, a final decision will be taken by the EPFO central board in late January.

The official added that the EPF interest rate for 2018-19 would be in line with what the government had announced in recent times—a nearly 50% hike in incentives for front-line health workers, including those working at Integrated Child Development Scheme centres (anganwadis) and the decision to make the National Pension System (NPS) withdrawals tax-free.

In a way, all this is to please the salaried middle class.

The centre has already increased incentives for millions of front-line health workers, besides making national pension system, or NPS, tax-exempt, so that the entire 60% of the accumulated corpus that a subscriber can withdraw on maturity is tax-free.