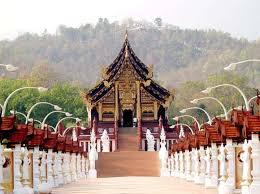 There is something about Monasteries that fascinate us in the most charming way. They are considered to be the most sacred places and have a self-calming vibe altogether. They are one of the most treasured Buddhist Heritages that have a stunning and breathtaking view! You pick a Monastery and we guarantee that it holds a view to kill for. Their calmness, serenity and inner peace are what you should be looking for on the next trip you plan! And we are here to shortlist the best Monasteries for you to visit and make the most of your vacation.

Not spectacular looking but Hemis Monastery is the biggest and wealthiest one that holds Buddhist heritage in this region. The history of this monastery goes back to the 11th Century. The King of Ladakh – Sengge Namgyal reconstructed this monastery in 1672. This massive structure had the patronage of the royal family of the region. All the young Lamas also get trained right here in this monastery. The interior of this monastery holds a beautiful statue of Lord Buddha amongst numerous gorgeous paintings and stupas with gold plating.

Every year, Hemis monastery hosts one of Ladakh’s most famous festivals, Hemis festival, which is also known as Hemis Tsechu. This involves of the traditional masked dance performance by the resident Lamas for honouring the birth anniversary of Guru Padmasambhava.

Thiksey Monastery, the second most prominent monastery in India is situated on a hilltop in the beautiful Leh region. The multiple buildings in this monastery are arranged from top of the hill-slope in the ascending order of their importance and size. The entire arrangement reminds you of a piece of Greece with the set of buildings coloured in whitewash. The star attraction here is 49 feet high statue of Maitreya Buddha (the future Lord Buddha) at the Maitreya Temple constructed in 1970, just 15 meters away from the monastery.

One of the most beautiful and largest monasteries in Sikkim that has its roots back in the 12th Century in Tibet and this one is a replica of the original one in Tsurphu. The highlight of this one is the breath-taking view of the entire town of Gangtok that lies visible from here. The 3-storey monastery consists of various Thangka paintings, rare Buddhist artworks, 1001 miniature gold models of Lord Buddha and many more of such fascinating things. The 16th Karmapa (head of the Karma Kagyu School) resides here on the first floor. The monastery holds plenty of activities, ritual services including chanting in the mornings and evenings.

One of the most important monasteries in India as it is the largest teaching centre of Buddhism in the World. The students not only gain religious and spiritual knowledge but also study philosophy and debate at the Ngagyur Nyingma University, founded in this monastery. The immensely mesmerizing gold statues of Buddha here are something that its pictures don’t do justice. The amount of gold in the prayer hall and temple exterior is quite overwhelming. The Monastery also provides tourists with overnight accommodation but only on previous requests. On the eve of Tibetan New Year, every year the lamas and tourists from all over the world gather here to be a part of the grand festivities that last for over a couple of weeks that includes dances, formal processions, and other traditional events.\

Tsuglagkhang is the place where the Dalai Lama resides officially. It is one of the most lively and colourful monasteries in India. The entire area has The Dalai Lama’s temple, a monastery, stupas, Tibet Museum, and also a beautiful library with cafe. The monks are seen actively engaged in debates during the afternoon hours. If you’re feeling spiritually inclined or finding a little peace in the presence of Dalai Lama, you can follow the Buddhist monks and take a walk around the complex amidst pulsating prayer flags alongside the beautiful forest of Dharamshala.

The Mindrolling Monastery is an ideal centre for learning Buddhist scriptures and other academic courses like Traditional Tibetan medicine and Tibetan lunar calendar. Resting amidst the landscapes of Dehradun, the monastery enchants and attracts many tourists from centuries. The Great Stupa established here measuring 185 feet in height and 100 square feet wide; its detailed design transforms and complements imbalances in elements and energies. And it is considered the largest Stupa in the World.

Tawang Monastery is also known as the ‘Chosen Horse Monastery’. Located at the height of 3500 meters above the sea level, this monastery lies in proximity to the Bhutan border with the most breathtaking view! Appearing like a fort, Tawang monastery has valleys on two sides. The snow-covered mountains of the Himalayan range welcome every visitor to this monastery, all throughout the year. The monastery’s prayer hall is marvellously decorated, and early risers can watch the monks performing dawn morning prayers. How can one not find solace in such a beautiful ambience?

Founded in the 14th century, the ‘Diskit Gompa’ or the ‘Diskit Monastery’ is located in Leh. The monastery explains the historical and cultural importance of Tibet through its wall and ceiling paintings. The steps that lead towards the monastery is carved out of stones and gives the monastery an extremely spiritual look. From the complex of the monastery, the visitors can enjoy the mesmerizing view of the Nubra Valley. The monastery’s structure is truly stunning, with the huge statue of the Jampa Buddha (32 meters tall) being the highpoint of every Leh – Ladakh trip.

Hope this leads you to visit some of the most breathtaking monasteries. These monasteries will not only give you inner peace but also an experience of life. Happy Exploring!