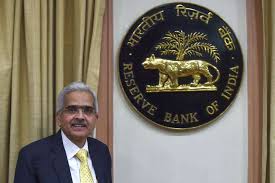 The Reserve Bank of India on Tuesday released a set of guidelines on restructuring of loans to the MSME (Micro, Small and Medium Enterprises) sector. Announcing the new norms, the RBI permitted a one-time restructuring of existing loans to troubled MSMEs under certain conditions. The RBI said, in a statement, that MSME loans worth up to Rs 25 crore in the default but standard category as on January 1, 2019 will be allowed a one-time restructuring. The RBI further said that this restructuring will be permitted “without an asset classification downgrade”.

The restructuring has to be implemented by March 31, 2020, according to the central bank.

The decision was taken at the central bank’s board meeting in November to support small and medium sized companies who have been struggling to repay their loans.

The RBI also asked banks to make a provision for an additional 5 per cent of the loans they restructure under the new policy and directed the lenders to implement the scheme by the end of March 2020.