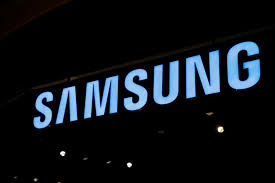 Samsung is revamping its efforts to counter new rivals like Xiaomi in emerging markets and it is planning to launch an entirely new smartphone series as early as this month. Dubbed as Galaxy M-series, Samsung plans to introduce four phones that will cover entry-level to mid-range categories.

Samsung Galaxy M10 will be the cheapest variant of the lot, which includes Galaxy M20, M30 and M40 smartphones. An earlier leak gave a peek at some of the Galaxy M10 specs, but a fresh leak gives a more detailed look at the phone’s specifications.

Samsung Galaxy M10 appeared on FCC, which was spotted by Nashville Chatterclass, revealing the key features of the phone. As per the listing, the Galaxy M10 will sport a 6-inch Infinity-V display, a 3,400mAh battery, Exynos 7870 chipset paired with 3GB RAM and up to 32GB expandable storage.

The listing also revealed Galaxy M10’s measurements to be 155.7×75.8mm in length and width and Android 8.1 Oreo to power the phone. While these features clearly suggest the Galaxy M10 is going to be a budget-friendly smartphone, but won’t be priced under Rs 10,000.

Rumours have indicated that the Galaxy M10 will have a single 13MP rear camera with an LED flash and a 5MP selfie camera placed on the V-shaped notch. The handset is also likely to sport a rear-mounted fingerprint scanner. The handset will be offered in blue and dark grey colours.

Samsung plans to launch the Galaxy M10 in the Middle East and Asia, with no word on wider release. The smartphone will also be Make in India-compliant.

Samsung is yet to confirm the exact launch date of its Galaxy M-series in India, which is going to take place this month. So keep a close watch to hear more about the upcoming Samsung smartphones.