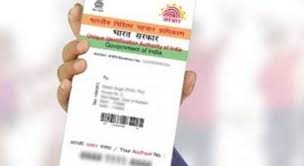 The Lok Sabha has passed a bill to amend three laws to provide legal support to the government’s decision to allow voluntary linkage of Aadhaar with mobile phone numbers and bank accounts.

The Aadhaar and Other Laws (Amendment) Bill, 2018 seeks to amend the Aadhaar (Targeted Delivery of Financial and Other Subsidies, Benefits and Services) Act, 2016, the Indian Telegraph Act, 1885, and the Prevention of Money-laundering Act, 2002.

It was introduced in the Parliament on Wednesday and was passed on Friday.

Now that the bill has been passed in the Lok Sabha, it needs to be approved by the Upper House. Here are the key factors you need to know about the bill:

The bill was proposed by the Union cabinet on December 17, following the Supreme Court’s verdict on September 26 where it upheld the Constitutional validity of Aadhaar with certain restrictions. It ruled out the mandatory linking of Aadhaar, barring private entities from using the 12-digit number for customer authentication.

The top court had struck down Section 57 and Section 33(2) of the Aadhaar Act 2016 citing privacy concerns. Before the judgement, Section 57 of the act allowed private or third-party entities to use Aadhaar information to authenticate users; Section 33(2) permitted disclosure of information under the act, including identity and authentication information, if permitted by an officer equal or above the rank of joint secretary.

The bill passed in the Lok Sabha wants to lay the foundation for allowing Aadhaar to be used by private or third-party entities for authentication and identity proof. However, the procedure will now be voluntary and customers who do not want to use Aadhaar for authentication can use other documents.

While Law Minister Ravi Shankar Prasad, who tabled the bill in Lok Sabha, said Aadhaar has helped check corruption, the opposition raised concerns with respect to the proposed amendments, calling them an infringement of the apex court’s order.

Individuals should note that the amendment bill makes it clear that an individual unwilling to share Aadhaar information cannot be denied services, such as opening a bank account or obtaining a mobile phone SIM card. An individual can submit other government documents like Passport, Voter ID, PAN Card or driving licence for authentication.

The earlier mandate required people to share their Aadhaar information to obtain services, such as opening bank account, obtaining a mobile SIM card and even for using digital wallet services.

The draft Aadhaar amendment bill also looks to pin its bet offline verification of Aadhaar number holders through QR codes — individuals will not be required to submit any biometric or demographic information to data servers of the Unique Identity Authority of India (UIDAI).

The amendment bill states: Offline verification means the process of verifying the identity of the Aadhaar number holder without authentication through such offline modes as may be specified by regulation.

The amendment bill also proposes to penalise third-party firms for violating Aadhaar authentication rules. A civil penalty of up to Rs 1 crore can be imposed on entities that violate provisions related to authenticating customers using Aadhaar without consent. If non-compliance continues after the initial penalty, a fine of Rs 10 lakh can be charged per day from a company.

The bill clearly states that customers who are seeking offline verification cannot be forced to opt for Aadhaar authentication. Collection, usage and storage of Aadhaar number or biometric information of any individual are other violations that can attract a penalty.