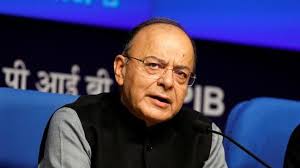 Finance Minister Arun Jaitley on Friday said in Lok Sabha that there would be no loss of jobs due to merger of public sector banks. Earlier this week, the Cabinet approved merger of Vijaya Bank and Dena Bank with Bank of Baroda. Mr Jaitley said that there would be no job losses due to merger of the banks and that the move would create a bigger entity like the State Bank of India (SBI). The cost of lending could also become cheaper, he added. During the Question Hour, the minister said that out of the 21 public sector banks, 11 are under PCA (Prompt Corrective Action) framework.

Mr Jaitley said that the State Bank of India (SBI) and other public sector banks have been making operational profits. They incurred losses due to provisioning for non-performing assets, he added.

With regard to recapitalisation of public Sector Banks (PSBs), the minister said that Rs.51,533 crore has been infused into them in the current financial year till December 31.