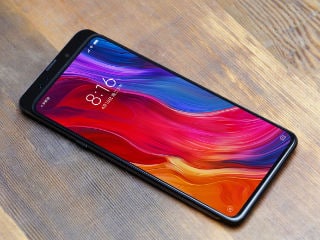 Xiaomi is set to host a media briefing on February 24 – just a day before the beginning of MWC 2019, according to a report. The briefing is likely to be the place where the Chinese giant will unveil the 5G variant of its Mi Mix 3, powered by the Snapdragon 855 SoC. The phone notably debuted in China last year as a successor to the Mi Mix 2S. It came with an octa-core Qualcomm Snapdragon 845 SoC, coupled with up to 10GB of RAM, and sports a sliding front camera. Apart from the 5G variant of the Mi Mix 3, Xiaomi could use its event to brief the media about its major plans for 2019.

The February 24 briefing has been confirmed by Xiaomi, reported Pocket-lint. However, the company didn’t reveal any details about what it’s set to unveil at the briefing.

Having said that, Xiaomi is already set to bring the 5G variant of the Mim mm Mix 3 to European markets. The Mi Mix 3 was unveiled in China back in October last year with a front camera slider and up to 10GB of RAM. It came as a successor to the Mi Mix 2S that was launched in 2017.

Importantly, Xiaomi showcased the Mi Mix 3 5G model at CES 2019 in Las Vegas earlier this month. The smartphone was available at the Qualcomm booth – highlighting the presence of a Snapdragon X50modem to enable 5G support.

Back in February last year, Xiaomi announced its partnership with Qualcomm to start bringing 5G phones this year. The company is in development to incorporate the Snapdragon X50 5G NR modem into its new devices to enable advanced connectivity around the sub-6GHz and millimetre wave (mmWave) spectrum bands. Notably, the Snapdragon X50 5G NR modem will be part of the Qualcomm Snapdragon 855 SoC, which was unveiled in December. While another SoC may be used by Xiaomi, it’s unlikely.

A Xiaomi phone with a foldable design was purportedly spotted in a leaked video. This could also be showcased at the pre-MWC briefing next month. Xiaomi rivals, including Samsung, Huawei, and LG, are also in plans to bring their foldable devices at MWC 2019. Similarly, Google is bringing foldable hardware support to Android Q, the next iteration of Android.

We need to wait until February 24 to see what Xiaomi has for this year’s MWC. But in the meantime, it is safe to expect some rumours and leaks revealing the ongoing developments.