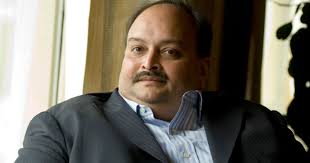 Absconding diamantaire Mehul Choksi has given up his Indian citizenship and surrendered his passport to the Antiguan government where he had been taking refuge for more than a year. The move is seen as an attempt to avoid getting extradited to India.

Choksi has deposited his Indian passport number Z 3396732 with cancelled pages to the Indian High Commission in Antigua. He has also deposited the mandatory $177 for leaving Indian citizenship to become a citizen of Antigua.

“The crime that has been committed by Mehul Choksi and the extradition process has nothing to do with his citizenship. As an accused, Choksi will be extradited, no matter what his citizenship is. Any accused of any nationality can be extradited from any country according to the International law and same applies for Choksi,” said a government official.

The official further said, “The latest example is of Christian Michel. He is a British national and was staying in UAE but was extradited to India from Dubai in connection with the AgustaWestland VVIP chopper scam.”

The foreign ministry had informed that Choksi could not have dual citizenship.

On December 25, 2018, Choksi told a court that he cannot bear a 41-hour trip to India from Antigua due to bad health. The billionaire, who is 59, is accused of cheating Punjab National Bank (PNB) to the tune of Rs 13,000 crore in collusion with his nephew Nirav Modi.

He escaped in January this year and is now a citizen of Antigua.

Choksi has submitted in a Mumbai court that he’s expressed his willingness to join the investigation through video conferencing. He accused the ED of misleading the probe by deliberately not revealing his health condition.

He said he was in constant touch with banks, and that he wanted to settle issues.

The Central Bureau of Investigation (CBI) had been trying to get an RCN issued against Mehul Choksi for months.

An RCN is a kind of international arrest warrant where Interpol asks its member countries to arrest or detain a fugitive, wanted by another member country if he is detected in their respective jurisdictions.