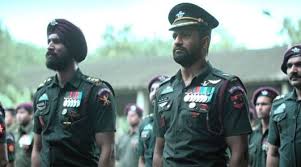 Director Aditya Dhar’s Uri: The Surgical Strike has surpassed all the expectations at the box office. In fact, the film trumped all the new releases like Why Cheat India, Raju Rangeela and Fraud Saiyyan and turned out to be the first choice for the moviegoers. In fact, it has achieved a feat, which has never been achieved by any film at the box office industry. Even biggies like Baahubali 2 and Dangal have set this benchmark. It is the first film, which has scored more in the second weekend than its first. Well, this kind of achievement clearly shows that Uri is garnering repeat value in the cinema halls.

Lead star Vicky, who is on cloud 9 with the humongous success of the film has thanked his director and said, “I am really happy for the actors and director of the film because it is Adtiya’s (Dhar) first film as a director.” He further added, “In today’s age, it is very difficult for a debutant director to get backing from producers for the story and then get a huge release for his film. Ultimately, when audience appreciates the film then, it’s really special thing for the entire team.”

The military drama is based on the 2016 surgical strike carried out by the Indian Armed forces across the border. It also stars Mohit Raina, Rajit Kapoor, Yami Gautam and Paresh Rawal in key roles. Looking at the current scenario, we are expecting the film to cross the Rs 150 crore mark? Do you think it will happen? Tweet to us…