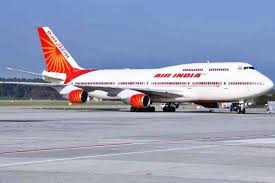 India’s Prime Minister Narendra Modi rode to power five years ago on his business friendly credentials and the promise of generating millions of jobs. Now an airline is on the verge of collapse, bringing Modi’s image under attack just months before national elections.

Struggling in a competitive market where basic air fares can get as low as 2 cents, Jet Airways India Ltd., the country’s second-biggest airline, has piled on $1.1 billion in debt and failed to pay loans and salaries. With about 23,000 jobs at stake, pressure is building on Modi for a rescue package as a collapse would mean bad optics in his re-election bid in a poll due by May.

While Modi is not to blame for the unraveling of Jet Airways — the airline was brought to its knees because of high fuel prices and intense competition — his policies to make air travel affordable to more and more Indians didn’t help it either. The fate of the teetering carrier is now part of the opposition’s narrative that businesses are ailing, with the $2.6 trillion economy losing jobs on Modi’s watch.

The issue of jobs “is going to be at the forefront of the campaign,” said Manish Tewari, a spokesman for the main opposition Indian National Congress. “There has been gross mismanagement of the economy,” Tewari said. “It is not surprising that even aviation and some of the airlines that have been doing very well in the past are now bleeding and hemorrhaging.”

The ruling party argues the failure of a corporate like Jet Airways should not be linked to the government. Still, “if policy intervention is required, the government will be open to that,” said Gopal Krishna Agarwal, a spokesman of the Modi’s Bharatiya Janata Party. “If it is a corporate failure, the government can’t intervene in every point of time.”

As the crisis at Jet Airways unfolded last year, Modi’s government reached out to the salt-to-software Tata Group to help rescue the airline, people familiar with the matter said in November, an effort that later fizzled.

While the Modi administration has maintained it won’t interfere in private businesses, history shows it has been difficult for Indian governments to stay away. Jet Airways’s troubles are reminiscent of the now-defunct Kingfisher Airlines Ltd., which in 2011 defaulted on loan payments, airports and staff, forcing then Prime Minister Manmohan Singh to urge state-run banks to extend a helping hand.

About eight years after that failed attempt, government-owned banks that are struggling to rein in bad loans are at it again — this time to resuscitate Jet Airways. The carrier has accumulated more losses than any other publicly-traded carrier in Asia apart from Pakistan International Airlines Corp.

State Bank of India, the country’s biggest lender by assets, is now at the forefront of a bailout deal being worked out as the carrier considers “various options on the debt-equity mix.” Lenders, led by SBI, have sought 35 billion rupees ($492 million) of investment from founder Naresh Goyal and Etihad Airways PJSC, which owns 24 percent of the company, before they can revamp its debt, people with knowledge of the matter said last week.

The Bharatiya Janata Party-led government has intervened in businesses in the past. When troubled lender Infrastructure Leasing & Financial Services Ltd., part-owned by some government firms, missed repayments on $12.6 billion of loans last year, it seized control. That was only the second time since 2009, when the government under Singh took over Satyam Computer Services Ltd. after it falsified accounts, and later sold the software maker in an auction.

The cases of Jet Airways and Kingfisher also show how difficult it is to run a sustainable airline business in India — the world’s fastest growing market, yet also one of the costliest.

Jet Airways once challenged the monopoly of state-run Air India Ltd., but failed to raise fares as a slew of budget carriers including market leader IndiGo started luring customers with on-time, no-frills flights more than a decade ago. As a result, Jet Airways has lost money in all but two of the past 11 years, and saw its market share halve to 16 percent during that period.

The Jet Airways situation makes it “imperative for the government to do something because they can’t seem to be reticent on such a key issue where so many jobs are at stake,” said Raghbendra Jha, who has authored a book on India’s political economy as an economics professor at the Australian National University. “It is also politically imperative because elections will be announced soon. There’s a sense of urgency in this.”

The government is aware of Jet’s discussions to salvage operations, but there has been no formal request for any help, aviation secretary R.N. Choubey, the top bureaucrat in the civil aviation ministry, said last week.

The restructuring plan may also include changes to its board, according to a statement last week and still needs to be finalized and approved.

The government will ensure that control of the airline remains in Indian hands, Choubey said. Indian regulations do not permit foreign airlines to own more than 49 percent of local carriers.