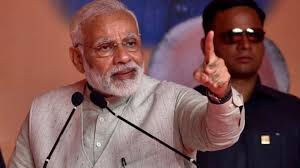 It is estimated that of the 60 lakh pensioners under the Employees’ Pension Scheme (EPS), which is managed by the Employees’ Provident Fund Organisation, around 40 lakh are getting less than Rs 1,500 per month. That’s just Rs 50 a day, which is hardly adequate given the current cost of living. So the government, boasting about Rs 3 lakh crore of pension funds, is reportedly mulling a proposal to double the minimum pension under EPS-95 from the level of Rs 1,000 per month set in September 2014.

A high-powered committee, constituted by the labour ministry last year to evaluate and review EPS, had proposed raising the minimum pension. Two of the panel members told The Economic Times that the finance ministry is now actively considering this move. Central trade unions, however, have been demanding a minimum monthly pension of Rs 3,000, as recommended by the Koshiyari Committee back in 2013, while a pensioners’ body, the EPS-95 National Agitation Committee, has been pushing for a far steeper hike to Rs 7,500 per month. The latter claim that the maximum pension offered currently after 60 years of employment is just Rs 2,500 a month.
Though the proposal, if approved, is sure to bring much-needed relief for four lakh pensioners, it will also dent the government’s kitty. According to the daily, the government currently spends about Rs 9,000 crore per annum on pensions under EPS and the figure will shoot up to Rs 12,000 crore if the minimum pension is doubled.

The big question is whether the government is in a position to bear the additional cost burden of Rs 3,000 crore annually, though it would be a major pre-poll promise if announced. A committee member told the daily that the FinMin may impose a rider prohibiting beneficiaries from withdrawing the pension part of their provident fund kitty till the age of retirement if they wish to avail the higher pension. This condition barring premature withdrawals will over time “give us enough funds to sustain the scheme on our own,” the source added.
Last month, a delegation of EPS-95 pensioners had met Labour Minister Santosh Gangwar after thousands of pensioners formed a human chain in front of Labour Ministry office to press for their demand of a pension hike. “Our delegation met with Minister Gangwar and demanded that he should forward the duly recommended proposal for enhancement in minimum pension to Rs 7,500 with DA and withdraw EPFO interim advisory of May 31, 2017, for a higher pension on actual salary,” said Commander Ashok Raut, President, EPF Rashtriya Sangharsh Samiti, adding that the minister had assured that the government “would take every possible step” to help the pensioners.