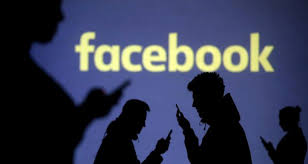 At a time when over a third of the world’s population is set to vote in coming months including in India, Facebook has restricted external transparency campaigners from accessing and scrutinising political ads on its platform.

According to The Guardian report late Sunday, the social media giant has changed its codes that restrict external groups’ ability to collect data on why users are being targeted by political campaigners.

The third-party monitoring tools have helped expose several advertising tactics used by politicians in the past, the report added.

Two such external agencies are the British group WhoTargetsMe and the US investigative journalism website ProPublica.

“Ten days ago, our software stopped working, and efforts to fix it have proved much harder than before,” WhoTargetsMe Co-founder Sam Jeffers was quoted as saying.

According to Facebook, the changes were part of a crackdown on third party plug-ins.

“We regularly improve the ways we prevent unauthorised access by third parties like web browser plug-ins to keep people’s information safe,” a Facebook spokesperson was quoted as saying.

Data collected by WhoTargetsMe has helped show how the Conservatives were focusing on personal criticism of shadow Home Secretary Diane Abbott during the end of the 2017 campaign.

Facebook’s move comes in a year “when over a third of the world’s population has the opportunity to vote, with elections across the EU, India, Canada, Australia, South Africa, Israel and Ukraine to name a few,” said Jeffers.

A similar ad monitoring tool by ProPublica in the past highlighted “negative stories for the social network such as exposing how oil companies are sidestepping Facebook’s new ad transparency tools among other issues”.

Facing intense scrutiny over the misuse of its platform globally during elections, Facebook in December announced fresh steps to increase ad transparency and defend against foreign interference ahead of the 2019 Lok Sabha polls in India.

“Anyone who wants to run an ad in India related to politics will need to first confirm their identity and location, and give more details about who placed the ad,” said the social networking giant.