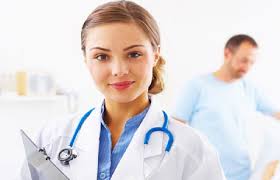 Plasma cells, once considered the arsonists of multiple sclerosis (MS), are actually showing up to fight against the disease.

New research finds that plasma cells originating in the gut can travel to the central nervous system in the brain during flare-ups, bringing an army to help fight inflammation.

“It’s astounding,” Bruce Bebo, PhD, executive vice president of research at the National Multiple Sclerosis Society, told Healthline. “This observation, that plasma cells migrate from gut to brain and have a role in regulating a mouse model of MS, is incredibly unique and different. I’ve never heard of an observation like this before.”

Researchers say that microbes in the gut can trigger a change in plasma, which is originally produced in bone marrow as B cells.

“We found that not all plasma cells are bad. In autoimmune disease, some quiet the inflammation,” Jennifer L. Gommerman, PhD, a study author and professor and associate chair of graduate studies in the department of immunology at the University of Toronto, told Healthline.

“We also found that plasma cells in the gut make an immunoglobulin called IgA and have capacity to make other products to end inflammation. And, they have the ability to migrate to other parts of body,” she added.

“[The research] gives us ideas of potentially treating the disease,” said Gommerman. “Plasma cells go to the brain. The trouble with anti-inflammatories is getting drugs into the brain. This might be a solution.”

Sergio E. Baranzini, PhD, a professor in the department of neurology at University of California, San Francisco, noted that Gommerman studied mice, but human studies have shown similar results.

“[We’re] focusing on a role of gut bacteria and MS. We are mapping all the gut bacteria that we think are linked to MS, or at least more prevalent or less prevalent,” Baranzini told Healthline.