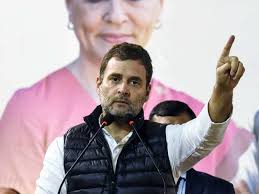 New Delhi: Aadhaar cards are now valid travel documents for Indians under 15 and over 65 travelling to Nepal and Bhutan, according to a Home Ministry communique.

Indians other than those in the two age brackets will not be able to use Aadhaar to travel to the two neighbouring countries, for which no visas are needed, clarified the communique issued recently.

Earlier, persons over 65 and under 15 could show their PAN card, driving licence, Central Government Health Service (CGHS) card or ration card, but not the Aadhaar, to prove their identity and visit the two countries.

The Aadhaar card has now been added to the list, explained a senior Home Ministry official.

“Now, persons in the age group of over 65 years and below 15 years have been allowed to use Aadhaar as a valid travel document,” the official told PTI.

Aadhaar is a 12-digit unique identification number issued by the Unique Identification Authority of India (UIDAI). It is being made mandatory for using a host of government services.

Giving details, the official said a certificate of registration issued by the Embassy of India, Kathmandu, to Indian nationals is not an acceptable travel document for travelling between India and Nepal.

“However, the emergency certificate and identity certificate issued by the Indian Embassy in Nepal will be valid for single journey for travelling back to India,” he said, citing the communique.

Teens between 15 to 18 years will be allowed to travel between India and Nepal on the basis of an identity certificate issued by the principal of their school in a prescribed form, the officer said.

In case of a family (like husband, wife, minor children and parents) travelling together, all persons will not be required to carry relevant documents (such as a passport or an election ID) if one of the adult members has valid travel papers, he said.

However, the other family members must have some proof of their identity with a photograph and their relationship as a family, such as a CGHS card, ration card, a driving licence or an ID card issued by school/college, the official explained.

Indian nationals travelling to Bhutan need to have either an Indian passport with minimum validity of six months or a voter identity card issued by the Election Commission of India.

Bhutan, which shares borders with the Indian states of Sikkim, Assam, Arunachal Pradesh and West Bengal, has about 60,000 Indian nationals, employed mostly in the hydroelectric power and construction industry.

In addition, between 8,000 and 10,000 daily workers enter and exit Bhutan everyday in border towns.

About six lakh Indians live in Nepal, according to data by the Ministry of External Affairs.

These include businesspersons and traders who have been living in Nepal for a long time, professionals (doctors, engineers, IT personnel) and labourers (including seasonal/migratory) in the construction sector, it said.