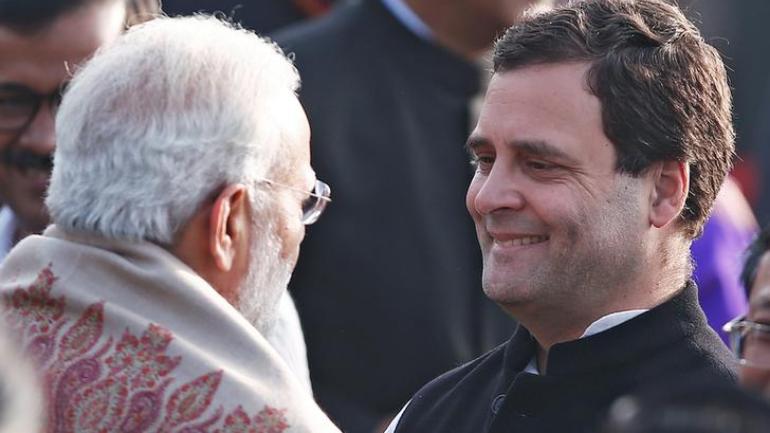 If Indians were given an option to choose their next prime minister from the opposition parties, Congress president Rahul Gandhi will be the most preferred choice to lead the country, reveals the Mood of the Nation poll conducted by India Today-Karvy Insights.

The nationwide poll shows that 52 per cent of the respondents who participated in the survey think Rahul Gandhi is the best suited as a replacement for PM Narendra Modi.

India Today-Karvy Insights Mood of the Nation poll is a unique nationwide survey conducted to sense the nation’s pulse on a range of national issues, months before the 2019 Lok Sabha election. A total of 13,000 people participated in the survey.

Respondents were asked to give their answers to the question: Who do you think is the best candidate to replace Narendra Modi as the next prime minister?’

After Rahul Gandhi, the second most preferred Opposition leader to be the prime minister is Mamata Banerjee. However, the margin of difference between Rahul Gandhi’s popularity and that of Mamata Banerjee is 44 percentage points.

Only eight per cent respondents think that among Opposition leaders, Mamata Banerjee is the best alternative to Prime Minister Narendra Modi.

Meanwhile, BSP chief Mayawati, SP chief Akhilesh Yadav and Delhi Chief Minister Arvind Kejriwal do not figure highly in people’s imagination as potential prime ministers of India. Only four per cent of respondents think Kejriwal is a potential alternative to Modi, while for Mayawati and Akhilesh, the figures are three and five per cent, respectively.