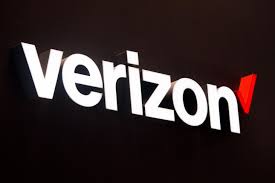 Roughly three years ago Verizon management decided to enter the prepaid, BYOD market with a new stealth brand. Much like AT&T’s Cricket or Sprint’s Boost — or Pepsi’s Izze brand of carbonated juice drinks — the move allows Verizon to get into market niches with a different brand that doesn’t carry the legacy trappings and associations that the operator’s standard big red logo does.

The result of that effort, Visible, launched last year with a $40 unlimited plan that users can activate and manage solely through the service’s mobile app. And just last week, Visible announced it would expand the offering to sell its own phones alongside its existing BYOD option, and would also support Android phones as well as iPhones.

At least, that’s the story of the customer-facing side of Verizon’s Visible efforts. On the backend, the story is perhaps even more interesting.

“It’s built in a way that’s truly digital-native,” Adil Belihomji, head of engineering at Visible, explained in an interview with Light Reading. “There is no doubt in my mind that this is the way of the future.”

Belihomji, along with some of the rest of Visible’s leadership team, split off from the Verizon mothership during the course of the creation of Visible. Today, Visible’s operations are based in downtown Denver — a far cry from Verizon’s sprawling HQ in Basking Ridge, NJ.

Belihomji said that Verizon’s strategy team came up with the business mission for Visible (which he declined to provide) roughly three years ago, and then they tasked Belihomji with building the backend for the service. Initially, Belihomji said he considered simply re-using much of Verizon’s existing telco infrastructure. After all, the operator is the nation’s largest provider of wireless service.

“I very much gravitated to doing it the legacy way,” Belihomji said. “But if we do it the legacy way, we’re going to be stuck with the same amount of problems we had, and we’re not going to be able to react fast enough to the business. We’re not going to be able to react quickly to the changes we need, especially being in this digital mode where everything is on social media, everything travels by one click of a button… You can’t really react to that in the current environment that we are in.”

So, after around six months of engineering, Belihomji and his team essentially broke down the wall between Verizon’s network and its BSS/OSS systems — reconciliations between those two systems often occurs hourly via a batch update — and instead developed a completely cloud-based mobile offering — one that didn’t require any hardware elements, and one that was more nimble and flexible that the existing model. “Right after the handoff from the cell tower, from there on, everything that you see, which is the IMS core, is in the cloud. The OSS/BSS structure is all in the cloud,” Belihomji said.

The result? “It’s at a fraction of the cost,” Belihomji said, pointing to the monthly $40 service that Visible is offering as evidence.

It also allows customers to completely manage their service via the Visible app.

More service, billing agility
But more importantly, Belihomji said Visible now can essentially change its services and billing at will, and virtually instantly. For example, he said the operator could create different pricing tiers for different speeds of service, if it chooses to do so.

“Now, we haven’t really turned on any of these [possible] features. Given where we are in the business, that’s more of a business-driver question,” he said. “But from a technology standpoint, my job over here is obviously to make sure we’ve given them enough triggers and switches that they can turn on and off whatever they feel like.”

It’s not one thing in the product that makes the product shine, it’s the elements that we’ve brought together that gives this kind of a true footprint or architecture that really makes it shine well, Belihomji said.

This kind of cloud-based architecture has been a goal of many in the telecom industry, and a wide variety of operators have made moves to shift their systems from hardware-based operations to virtualized, cloud-based systems. However, much of that work is being done in bits and pieces across the industry, since carriers generally don’t want to move off legacy hardware unless there is some compelling reason to do so. (See Verizon Lays Out a Vision for Mobile, Fiber & Cloud.)

Thus, Verizon’s Visible stands as an opportunity for a major provider with enormous legacy systems to pivot to a software- and cloud-based future without having to completely scrap its existing operations.

After all, Visible has no legacy customers to transition to its new platform. “It really didn’t make sense for me or the technology team to have reams and reams of hardware just loaded up for scale when we don’t have the scale, or don’t need the scale,” Belihomji said. “Scaling with our customers makes much more sense than just rolling in millions and millions of dollars spent on hardware.”