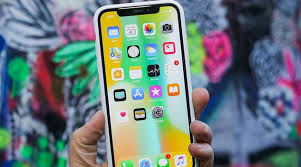 As expected Apple’s quarterly revenue declined as revenue from iPhone sales dipped 15 per cent compared to last year. However, Cupertino underlined the fact that revenue had in fact grown in all other products and services of the company in Q1 2019.

CEO Tim Cook said it was “disappointing to miss our revenue guidance, we manage Apple for the long term, and this quarter’s results demonstrate that the underlying strength of our business runs deep and wide.”

Cook said the active installed base of Apple devices had, however, reached an all-time high of 1.4 billion in the first quarter, growing in each geographic segments. “That’s a great testament to the satisfaction and loyalty of our customers, and it’s driving our Services business to new records thanks to our large and fast-growing ecosystem.”

Later, in an earnings call, Cook attributed the slowdown in revenue to four factors: “different iPhone launch timing from a year ago, FX headwinds, supply constraints on certain products and macroeconomic conditions in emerging markets”. On the fourth factor, he underlined how Apple’s revenue “was down by $4.8 billion from last year with declines across iPhone, Mac and iPad”. This he said was the reason for “most of the shortfall relative to our original guidance”.

There are more pressures on iPhone numbers though. “Our customers are holding on to their older iPhones a bit longer than in the past,” Cook confessed. He said this was because of several factors, including the strong US dollar making the phone more expensive in certain markets — India is a good example.

Cook also noted that “iPhone subsidies are becoming increasingly less common” and highlighted how in Japan, for instance, “less than half of iPhones sold in Japan in Q1 of this year were subsidised”.

Then, Apple’s own battery replacement programme, he said, had made it “inexpensive and efficient to replace the battery and hold onto their existing iPhones a bit longer”.Cook said that while some suggested Apple shouldn’t have done this because of the impact on upgrades, “we strongly believe it was the right thing to do for our customers”.

As Apple posted quarterly revenue of $84.3 billion, a decline of 5 per cent, international sales accounted for 62 per cent of the revenue. Services revenue reached an all-time high of $10.9 billion, up 19 per cent over the prior year. Revenue from Mac and Wearables, Home and Accessories also reached all-time highs.