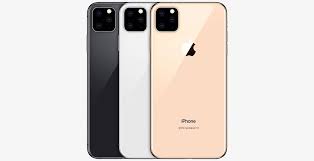 Apple’s iPhone series in 2019 and 2020 could sport major design and feature changes. A new report from Bloomberg has said that the company is looking to add 3D cameras to the back of the new iPhone in 2020.

Earlier reports have also talked about how Apple will go for OLED displays across the board on its 2020 iPhone lineup, and that there will be 5G support as well.  We take a look at everything that has been reported about the Apple iPhones in 2019 and 2020 and what they could offer.

The Bloomberg report mentions that the iPhone in 2019, which is being referred to as the iPhone XI by some leaks, will have a triple camera option, though this will be on the bigger variant, the successor to the iPhone XS Max.

With the triple camera, Apple’s new iPhone will have the option of wider zoom, adds the report. The company could also tweak the Live Photos feature to increase video length to six seconds.

Coming to the iPhones in 2020, these will be the ones with drastic hardware and design changes as Apple will incorporate the 3D camera on these.

According to the Bloomberg report, the long range 3D camera will be able to create three dimensional construction of the actual world and work with up to 15 feet from the device. The report is quoting people familiar with the matter. The current Face ID on the iPhone X and iPhone XS’ front works up to 25 to 50 cms.

It also appears Apple will be using a laser scanner, rather than the current dot projection technology to power the new 3D camera. Apple is currently in talks with Sony around this.  The report also says that the company had plans to introduce 3D cameras to the iPhone XI or  the 2019 series, but that plan has been delayed.

Another report on Bloomberg had said that the iPhone in 2020 will come with 5G support as well. It was reported that one reason for this is Apple’s ongoing legal battle with Qualcomm, which has 5G-ready chips, while Intel won’t be ready till 2020. The latter is supplying the chips and modems for Apple now.

Finally, all three iPhone variants in 2020 will come with OLED displays, according to the report from Wall Street Journal. Apple will give up the LCD display entirely.