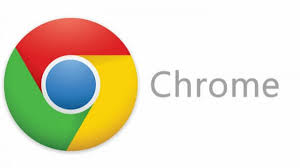 India’s main opposition Congress Party is promising to introduce a minimum income guarantee for the poor if it wins power in an election due by May, alarming some big and small business leaders who are asking: Where will the money come from?

The program – which would be one of the world’s biggest schemes for poor households, supporting around 300 million people – has yet to be finalised.

But already some business organizations say they fear the tens of billions of dollars it would be expected to cost will mean higher taxes and reduced spending on badly needed infrastructure such as roads and railways.

“We are against such freebies,” said Pronab Sarkar, head of a tour company in Delhi and the president of the Indian Association of Tour Operators. “These could be funded only through higher taxes on industry and the middle class.”

Congress says much of the cost of the guaranteed income scheme could come from savings made by cracking down on tax evasion and ensuring existing subsidies on staples such as food and fuel went only to those who qualified.

A senior Congress official, however, speaking on condition of anonymity, told Reuters the party might also consider raising tax rates for the rich to pay for its plan.

“Eventually, it boils to transferring the resources to some extent from the rich to the poor people,” the official said.

But a series of defeats for the BJP in state elections at the end of last year, and some opinion polls suggesting its support has waned, have raised prospects that Congress could take power in alliance with regional parties and those based on specific groups, such as the lower caste Dalits.

That has meant the minimum income plan outlined by Congress leader Rahul Gandhi this week – which would be in addition to current welfare programs – is being taken seriously by business groups.

As the BJP’s fortunes have waned, disillusionment with Modi’s government had been growing among some industrialists, who were stung by a sudden ban on high-denomination banknotes in 2016 and the chaotic 2017 launch of a national sales tax.

As the party seeks to win back voters concerned about low farm incomes and the pace of job creation, Modi’s promise three years ago to cut the corporate tax rate to 25 percent, from 30 percent, has been shelved for now.

The government is expected to announce a series of spending measures and tax changes in an interim budget on Friday costing at least 1 trillion rupees ($14 billion). As a result, the budget deficit targets the government had set for the current and the next fiscal years may not be met.

Concerns that Modi is backsliding on fiscal prudence pale, though, compared with worries about the Congress plan, according to several business people who spoke to Reuters.

S.C. Ralhan, former head of the Federation of Indian Exporters Organisations (FIE), and a leading engineering goods exporter through his company Sri Tools, said India could not afford the minimum income guarantee as it would have to be paid for by businesses and individual taxpayers.

“Congress party’s electoral promise could tilt traders’ and urban middle class voters towards Modi, since they would have to bear the economic pressure,” said Praveen Khandelwal, secretary general of the Confederation of All India Traders.

The view from the business world was not uniform, though.

D.S. Rawat, head of the Confederation of Organic industries of India, said that “rich businesses should sacrifice” to prevent millions of households from being left behind in India’s development. He represents the niche food processing industry with a membership of more than 250 companies.

Government economic advisers said it would be difficult to dismantle current welfare programs, such as food subsidies and a rural job guarantee program, to make up for the guaranteed income proposal.

Private economists and the rating agencies, though, warned that Congress’s proposed income support scheme, if carried out without replacing current welfare programs, could widen the deficit further.

Under Modi, higher spending, along with a shortfall in tax collections, will already push the fiscal deficit up to 3.5 percent of gross domestic product for the year ending in March, overshooting a previous 3.3 percent target, according to a sources with direct knowledge of budget discussions.

Devindra Pant, chief economist of India Ratings, an arm of Fitch, estimated that income support of about 5,000 rupees per month for about 260 million people, about one fifth of India’s population, could cost about 4 trillion rupees ($56.24 billion) a year, or about 2 percent of the GDP.

“Whichever party comes to power, government finances are likely to remain under pressure for next few years,” he said.